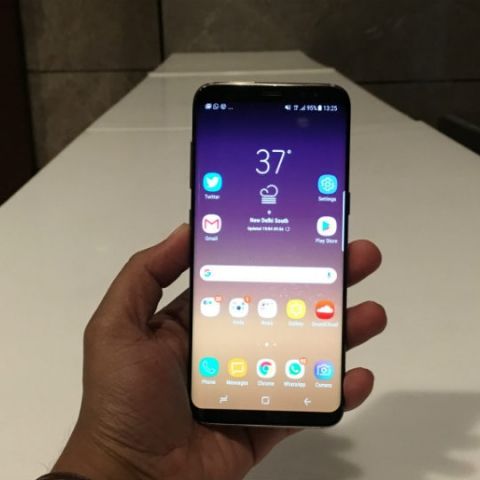 The Samsung Galaxy S8 and S8+ were announced at an event in New York on March 29 and the handsets went on sale in South Korea and the US on April 21. The smartphone became widely available across major markets only in May. "Samsung's Galaxy S8 has instantly become the world's most popular Android smartphone model, due to its attractive curved-screen design, a rich portfolio of software apps, and best-in-class retail distribution across dozens of countries," Neil Mawston, Executive Director at Strategy Analytics said.

Strategy Analytics estimates global smartphone shipments in the second quarter to be around 360.4 million, a marginal growth from the same period last year. While the Galaxy S8 was the best selling Android smartphone, Apple's iPhone 7 continues to remain the most popular smartphone in the world. "The iPhone 7 remains the world's most popular smartphone model overall, due to a compelling blend of user-friendly design, extensive supporting apps, and widespread retail presence for the device. Apple today accounts for two of the world's top five smartphone models," said Juha Winter, Senior Analyst at Strategy Analytics.

In terms of global smartphone shipments by model, the Apple iPhone 7 leads with 16.9 million units followed by the iPhone 7 Plus, with estimated shipments of 15.1 million units. Samsung's Galaxy S8 and Galaxy S8+ took the third and fourth spot in the list. Xiaomi's Redmi 4A gained the fifth spot with a shipment of 5.5 million units.

Samsung is expected to introduce its Galaxy Note8 smartphone with larger 6.3-inch Infinity Display and improved S Pen on August 23. Apple is also expected to announce the tenth-anniversary edition iPhone with an all-screen design next month. It will be interesting to see how the Galaxy Note8 fares against Apple's new OLED iPhone.