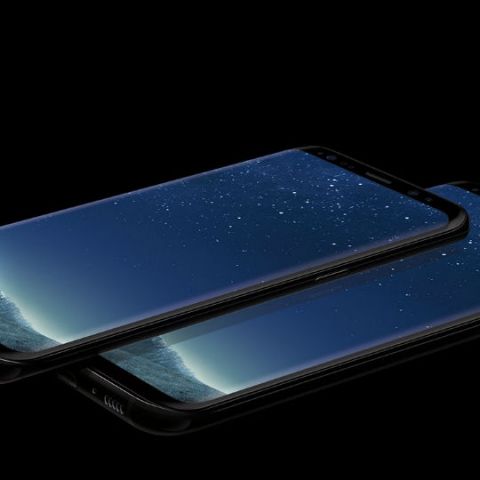 Samsung Galaxy S8 and S8+, the 2017 flagship smartphones from the Korean smartphone maker are launching in India this week. The company has confirmed the launch on its Twitter handle and the launch is set for April 19. Samsung had announced the Galaxy S8 duo globally on March 29 and the handsets are already available for pre-registrations.

The Galaxy S8 and S8+ will likely debut here with the company's own Exynos 8895 chipset based on the 10nm architecture coupled with 4GB RAM and 64GB storage. The smartphones sport a 12MP rear camera with f/1.7 aperture, phase detection autofocus, OIS and LED flash. The front camera has been bumped up to 8MP with an autofocus sensor, compared to the 5MP one found on last year's S7 duo. Both the handsets are IP68 water/dust resistant and will offer dual-SIM support.

Samsung Galaxy S8 and S8+ run Android 7.0 Nougat with the company's own TouchWiz UI and new Bixby AI assistant. Bixby was expected to be Galaxy S8's standout feature, but the company recently confirmed that it won't support voice at the time of launch. The assistant will be capable of other key features like Vision, Home and Reminder. The assistant with its Google Now style card layout can be triggered with the help of a dedicated button.

Samsung has packed the Galaxy S8 with a modest 3000mAh battery and S8+ with 3500mAh battery along with support for fast charging and wireless charging. The smartphones also add support for a new DeX dock that transforms the devices into an Android desktop computer. The phones also come bundled with AKG-branded earphones, in Midnight Black, Orchid Gray, Arctic Silver, Coral Blue, Maple Gold colour variants. The Galaxy S8 is expected to be priced around Rs 60,000 for the base variant.