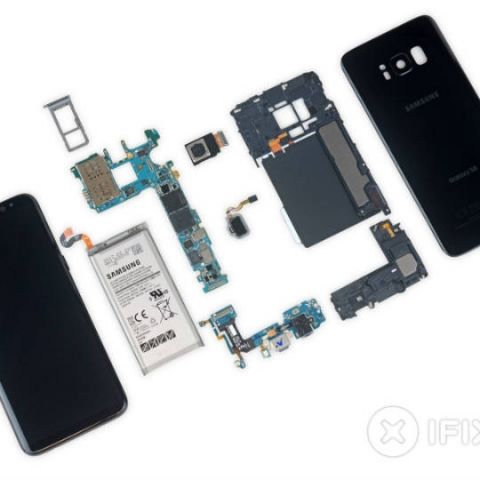 Samsung is spending more to manufacture its latest flagship, the Galaxy S8, due to increased cost of DRAM and NAND flash memory. According to a teardown by IHS Markit, the total cost to manufacture Samsung Galaxy S8 has jumped to $307.50, a $43.34 more than its predecessor Galaxy S7. The Galaxy S8's bill of materials carries a price tag of $301.60 and the manufacturing expenses are calculated to be around $5.9.

This shouldn't come as a surprise considering the iPhone 7 also costed $36.89 more to make than the iPhone 6s. Back then, IHS Markit had claimed the increased price is due to bigger battery and larger storage option introduced with the new iPhone lineup. "The higher total BOM costs for the Galaxy S8 seem to be part of a trend that reflects something of an arms race in features among Apple, Samsung and other phone manufacturers, as they all try to add new and distinguishing hardware features," said Andrew Rassweiler, Senior Director of cost benchmarking services for IHS Markit. The jump in cost would have primarily come from new design and use of industry first standards, IHS Markit notes the NAND flash and DRAM combined cost $41.50. It also adds that Samsung has played it safe with the battery pack on Galaxy S8 and it is said to cost around $4.50.

The Samsung Galaxy S8 and S8+ sport new 'Infinity Display' design that packs a taller display into a smaller footprint. The handset is the first to be powered by a 10nm SoC from Qualcomm (or Samsung Exynos in India) and supports gigabit LTE download speeds. It is also the first to support Bluetooth 5.0 standard with four times the range.

With the Galaxy S8, Samsung has ditched the physical home button and has switched to an on-screen button powered by haptic engine. The smartphone also offers iris scanner for facial unlock, IP68 water and dust resistance and support for fast wireless charging.

Samsung has tweaked the software interface by removing bloatware and has introduced a new AI assistant named Bixby. Most analysts including IHS Markit believe that the upcoming iPhone will be similar to Samsung's Galaxy S8. "While there are new non-hardware features in the Galaxy S8, such as a virtual assistant called Bixby, from a teardown perspective the hardware in the Galaxy S8 and that of the forthcoming new iPhone is expected to be very similar," added Rassweiler.