Samsung plans to take the competition back to its Chinese rivals by pricing the upcoming Galaxy M-series phones aggressively. 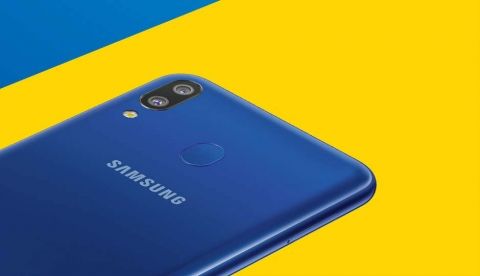 Samsung is hardly the first name that comes to mind when you think of a powerful mid-range phone. But that could soon change with the upcoming Galaxy M-series phones. Set to replace the current J-series, the Galaxy M-series aims to bring the competition back to Xiaomi, Realme and Honor, the current popular OEMs occupying the mid-range segment. Earlier in 2018, Samsung did indicate they are willing to introduce cutting-edge features in affordable segments, even before bringing them to its flagship lineup. We saw evidence of that in the Samsung A-series phones with the Galaxy A7 and Galaxy A9 sporting triple and quad camera setups respectively. Now, in the Galaxy M-series, Samsung aims to offer new features like a big 5,000mAh battery and an Infinity-V display, among others.

However, more than the new features, Samsung aims to undercut the popular incumbents with aggressive pricing, something that has so far been practiced by Chinese OEMs like Xiaomi which introduced a powerful spec-sheet at affordable prices. The Redmi Note 5 Pro is a good example. It was the first mid-ranger to offer the Qualcomm Snapdragon 636 SoC at that time, and offer 6GB of RAM. Both features soon became standard, till a relatively new incumbent, Realme disrupted the market once again with the Realme 2 Pro powered by the Snapdragon 660 under Rs 15,000.

The Samsung Galaxy M10 was recently leaked on Geekbench revealing the specs of the phone. It is likely to be powered by Samsung’s Exynos 7870 octa-core processor. The chipset isn’t new per se and has powered a series of phones the year before including the Galaxy J7 (2018) and the Galaxy A6 (2018). The phone will be offered in 16GB and 32GB storage variants, both with 3GB of RAM. It’s likely that the 16GB variant will be priced Rs 8,9990 while the 32GB variant may be priced a little higher. The phone is likely to sport a 6.5-inch display but will likely not be an AMOLED panel. Further, the phone is expected to house a 3,400mAh battery.

The Galaxy M20 is more interesting of the two, however. It is expected to debut the Infinity-V display which is nothing but a panel with a waterdrop notch. It’s the first Samsung phone to incorporate a notch, after the Galaxy A8s debuted with a punch-hole camera. Because of the waterdrop notch, the Galaxy M20 is expected to offer a high screen-to-body ratio. The panel could stretch as far as 6.3-inches diagonally, however, unlike the earlier Samsung Galaxy J6 which touted an AMOLED panel at the same price, this smartphone will sport a LCD panel. The V-shaped notch, although smaller, will house the earpiece that doubles up as the speaker. The 5MP sensor housed in the notch is expected to offer face recognition as well.

Furthermore, the rear panel will house a dual camera unit and a fingerprint sensor. The dual camera unit is expected to comprise of a 13MP sensor with 1.12um pixel size alongside a 5MP depth sensor for portrait shots. Interestingly, this is going to be the first Samsung phone to house a 5,000mAh battery, indicating the company has finally been able to leave the ghost of the Galaxy Note 7 behind in the past.

For Rs 8,990 and Rs 12,990, the Galaxy M10 and Galaxy M20 seem quite competitive. The spec-sheet may not be as attractive as the Realme 2 Pro or the Asus Zenfone Max Pro M2, but Samsung hopes a new design and nifty features like face unlock will make the phones sell more than its rivals. However, it all depends on what the other OEMs plan to do this year. 2019 has just begun and we expect to see a lot of action in the mid-range segment, especially from Xiaomi who will be pulling all stops to retain its numero uno position that it achieved in 2018.