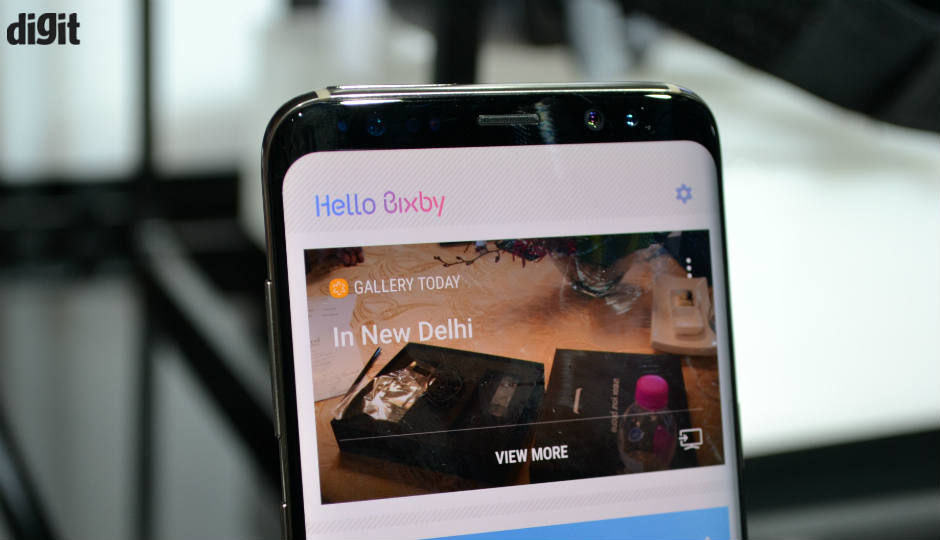 Samsung is further delaying the launch of voice feature on its Bixby digital assistant in the US. The feature was initially said to arrive with Galaxy S8 in April but got delayed until June.

The Wall Street Journal reports that the service has been delayed further and Samsung has not offered any timeframe as to when the feature will actually become available. Bixby was touted as the important new addition to the company's Galaxy S8 flagship lineup and is reportedly "struggling to comprehend English syntax and grammar."

"Bixby Voice benefits from time to further enhance natural language understanding, and we are currently growing our user testing in the US to prepare for launch," a Samsung spokeswoman said in a statement.

With Bixby, Samsung tried to compete with Apple's Siri available on iPhones and Google Assistant available on a number of Android smartphones. Bixby on the Samsung's Galaxy S8 currently supports text search and image recognition features and can be accessed via a dedicated button. The South Korean company recently rolled Bixby voice for Korean users in its home market.

Virtual assistants are seen as the first way to hook up consumers with artificial intelligence and machine learning algorithms. Apple, Google, Amazon, Microsoft are fighting to develop a smarter AI assistant that can eventually replace the touch and type-based methods of interaction. With Bixby, Samsung was expected to compete with the main players but its assistant now seems to fall short.