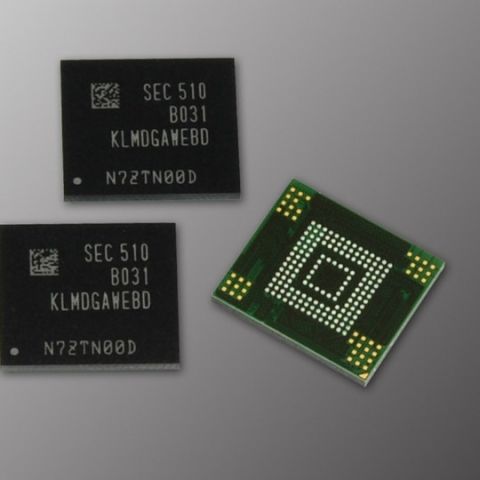 Samsung justifies since flagship smartphones are already sporting 128GB storage option, mid-range smartphones will be able to increase their storage options to 128GB as well. Samsung claims the new 128GB eMMC 5.0 is capable of delivering of upto 6,000 IOPS (input /output operations per second) and 5,000 IOPS, respectively. These IOPS speeds are almost 10 times faster than those of an external memory card.

“With the introduction of our value-focused, 3-bit NAND-based eMMC 5.0 line-up, we expect to take the lead in the expansion of high-density mobile storage. We are continuing to enhance our next-generation embedded mobile memory offerings with improved performance and higher densities to meet increasing customer demand across the mobile industry.” said Dr. Jung-Bae Lee, Senior Vice President of Memory Product Planning and Application Engineering Team, Samsung Electronics.

Samsung which recently launched its latest flagship Galaxy S6 and the Galaxy S6 edge are available with 128GB storage options. Looking at Samsung’s track record, we expect them to launch both these phones in April around the Rs. 50,000 mark.