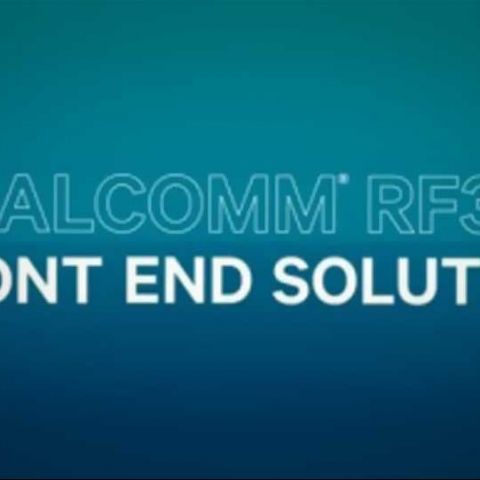 Qualcomm has announced the RF360 chip that will provide mobile devices 4G/LTE connectivity irrespective of geographical location. A press release issued by Qualcomm states that the new chip, that will be a part of Qualcomm's SoC (System on Chip) offerings, will address the issue of radio band fragmentation with respect to 4G technology.

Qualcomm claims that when incorporated into a mobile device, the chip will support all current 2G, 3G and 4G standards including LTE-FDD, LTE-TDD, WCDMA, EV-DO, CDMA 1x, TD-SCDMA and GSM/EDGE. Qualcomm further claims that the new chip will be smaller than current radio chips and will also consume less power while offering better voice and data performance.

Qualcomm has stated that its main aim with the RF360 is to make it simpler for handset manufacturers to make devices without geographical limitations and to also help mobile users who frequently travel to other countries.

The release quotes Alex Katouzian, senior vice president of product management, Qualcomm Technologies,"The wide range of radio frequencies used to implement 2G, 3G and 4G LTE networks globally presents an ongoing challenge for mobile device designers. Where 2G and 3G technologies each have been implemented on four to five different RF bands globally, the inclusion of LTE brings the total number of cellular bands to approximately 40. Our new RF devices are tightly integrated and will allow us the flexibility and scalability to supply OEMs of all types, from those requiring only a region-specific LTE solution, to those needing LTE global roaming support."

Qualcomm's rival, Nvidia also recently announced that its i500 chip that would be integrated on its Tegra 4i chipset would provide 4G/LTE support across the TD-LTE and FDD bands. However, the i500 does miss out on the global 4G/LTE compatibility that Qualcomm claims the RF360 will provide.

Qualcomm expects that the first devices sporting the RF360 should be out in the second half of 2013.