Piss power! Soon you will be able to charge mobile phones using urine

Now human urine could be used to produce electricity enough to charge a mobile phone. 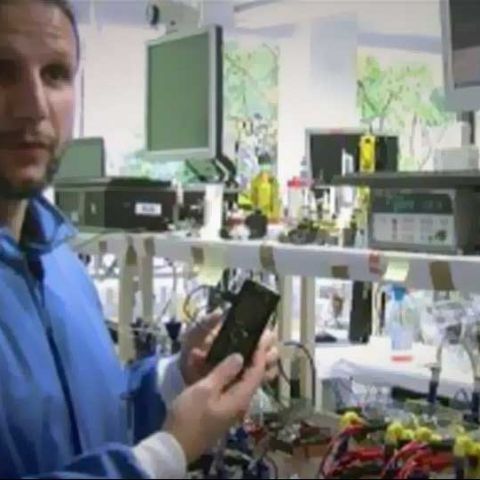 Well, we'd heard of quite a few innovative advancements in battery technologies such as paper-thin rechargeable batteries, phone-charging sleeping bags/shorts and water-activated phone chargers. Now, scientists have moved one step ahead in that area as they develop a away to charge mobile phones using... human urine. Yes, you read it right – human urine!

Researchers at the Bristol Robotics Laboratory have come up with a fuel cell that uses uses bacteria to break down the liquid waste to generate electricity. Researchers managed to add a plug in a mobile phone to charge up the battery. Currently, the cell is larger than the battery of a car, though researchers are optimistic they will be able to develop a smaller and portable variants of the cell in the near future.

Dr. Ioannis Ieropoulos, an engineer at the Bristol Robotics Laboratory at the University of West England, who also worked on the project, says: “No one has harnessed power from urine to do this so it's an exciting discovery. The beauty of this fuel source is that we are not relying on the erratic nature of the wind or the sun; we are actually reusing waste to create energy. One product that we can be sure of an unending supply is our own urine.”

Researchers managed to grow bacteria on a custom-made carbon fibre anodes that were put into ceramic cylinders to create a battery-like circuit. Urine is then infiltrated through these ceramic cylinders, bacteria breaks down the sugar and other chemicals to generate electricity, through a small electric charge in the fuel cell.

According to researchers, the fuel cell cost them around £1, which is encouraging as they can come up with a cheaper source for generating power. It's notable the fuel cell uses the bacteria found same on found in waste water treatment plants.

You can check out researchers' work in the Royal Society of Chemistry journal Physical Chemistry Chemical Physics.

“We have been pursuing a number of different applications. One would be to put these into domestic situations or it could be used in remote regions of the developing world. The fuel cells we have used to charge a mobile phone with hold around 50ml of urine but the smallest we have had working in the laboratory hold 1ml, so we can make them a lot smaller. Our aim is to have something that can be carried around easily,” says Ieropoulos.

“So far the microbial fuel power stack that we have developed generates enough power to enable SMS messaging, web browsing and to make a brief phone call. Making a call on a mobile phone takes up the most energy but we will get to the place where we can charge a battery for longer periods. The concept has been tested and it works – it's now for us to develop and refine the process so that we can develop MFCs to fully charge a battery.”