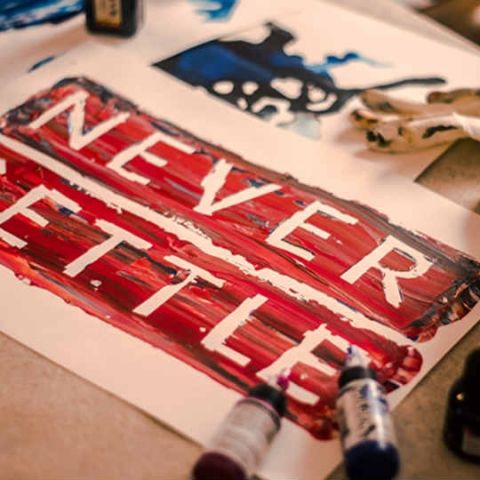 OnePlus is soon going to unveil its flagship smartphone, the OnePlus 6. The company has been teasing the smartphone and some of the features it might come with, but alongside the specifications and hardware, it has also introduced the Swedish artist Hampus Olsson, who lives in Goa and designs wallpapers for the company’s smartphones. He also designs websites, games, apps, illustrations, branding, and fashion. OnePlus Co-founder Carl Pei met him at a weekend market in Goa and after seeing some of his artwork, Olsson was hired for designing the official wallpapers for the OnePlus 2, and he has been making the wallpapers for all new OnePlus phones ever since, including the upcoming OnePlus 6.

Olsson is also designing wallpapers for the OnePlus 6 and he says, “With the OnePlus 6 wallpapers, I've brought with me what I've learned along the way. The new wallpapers feature a clean, fluid style with mountainous depths... if I were to compare the new wallpapers with the first ones I made for OnePlus, I would say the new ones are more vibrant, and hold a better, more suitable composition to reveal...Well, I won't spoil the rest. Suffice to say there are exciting things to come.”

The launch date of the OnePlus 6 is not known yet but the company has already unveiled some specs of the device. It’s confirmed to come with a notch and will be powered by the Qualcomm Snapdragon 845 SoC. It will come with 8GB RAM and 256GB storage, which will be the first for the smartphone manufacturer. OnePlus received a lot of flak when it announced the inclusion of a notch on the OnePlus 6 and it soon announced that there will be a compatibility mode on the device, which will hide the notch whenever the phone is in landscape mode. The mode can also be set for individual apps and is said to work “flawlessly” with over 1000 top apps on the Play Store.

The OnePlus 6 is also said to come with gesture support, which could allow users to swipe up and hold from the right or left for multitasking, swiping from the left to go back a menu and more. There could also be an added feature of drawing symbols for booting to apps directly. The company has also hinted that the OnePlus 6 could also be IP67 or IP68 certified waterproof or water-resistant. OnePlus CEO, Pete Lau also recently posted the first official camera samples captured from the smartphone. He showcased the daylight and bokeh performance of the camera on the smartphone and unsurprisingly, the meta-data from the images was removed so that no details of the device’s camera can be identified.