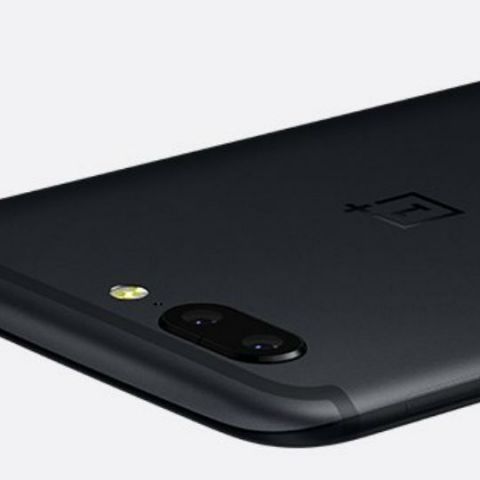 The OnePlus 5 will finally be unveiled at an event in New York tomorrow, followed by country-specific events in China and India on June 21 and June 22 respectively. The phone has been leaked multiple times in the form of renders and was also spotted on TV advertisements during yesterday's India vs Pakistan cricket match. The price of the phone was also leaked earlier and now a new leak seems to reiterates that price. An image posted on Weibo, suggests that the OnePlus 5 may cost Rs. 32,999 for the 6GB RAM/64GB storage, while the variant with 8GB RAM/128GB storage may be priced at Rs. 37,999. The image also claims that the phone may go on sale starting 4.30PM on June 22 exclusively on Amazon India. If the leak is true, then the OnePlus 5 may be the most expensive smartphone by the company yet. 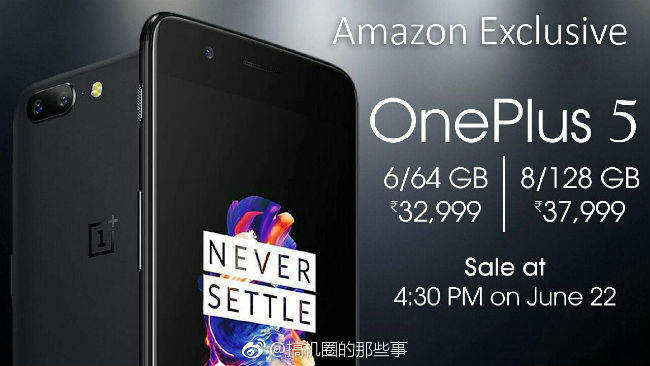 OnePlus 5 is expected to feature a 5.5-inch Full HD AMOLED display and could be thinner than its predecessors. The leaked renders suggest the smartphone would look similar to Apple's iPhone 7 Plus with its U-shaped antenna lines and horizontally placed dual-rear camera setup. The company has confirmed that the smartphone will be powered by Qualcomm's flagship Snapdragon 835 platform. Ahead of the launch, OnePlus 5 registrations on Chinese e-commerce platform, JD.com reportedly surpassed three lakh.

OnePlus has also partnered with DxOMark to improve the camera performance of its flagship. The company is already teasing the camera prowess of the upcoming device. that dual camera will lead to clearer photos. There is no clarity on the battery capacity, but rumours suggest the handset will pack a 3300mAh battery with support for OnePlus' Dash Charge technology.