On the road to the latest Symbian platform, Nokia's N8-00 may be the first mobile milestone. Being the second implementation of the open version of the Symbian platform, Symbian^3 (and thus Nokia N8-00) will bring along improved graphics, better data performance and connectivity, High-Definition video capture and playback, multi-touch support with a faster and simpler user interface, and lots of other features.

The specs that have been leaked suggest that the Nokia N8-00 will come with a massive 12MP digital camera with Carl Zeiss optics and Xenon flash, to allow users to have 720p HD video recording ability. It is also supposed to have either a 3.5-inch or a 4-inch display supporting WVGA resolution, along with a front-facing secondary camera. 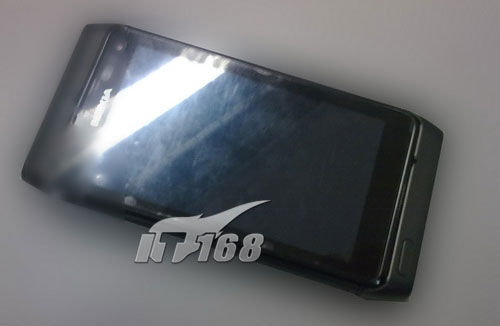 The Nokia N8-00 is supposed to provide an HDMI port and will come along with the usual checklist of  proximity sensor, light sensor, etc. From the pictures revealed, this phone seems to be a touchscreen-only phone, without a QWERTY keypad...

Although the device name has been reported to be the Nokia N98; with the new naming convention that Nokia is going to follow, the phone would likely be called the Nokia N8-00. The Nokia N8-00 is expected later this year, around the third quarter of 2010.

Check out features and specifications of other latest and popular Nokia Mobile Phones on Consumermate.com.