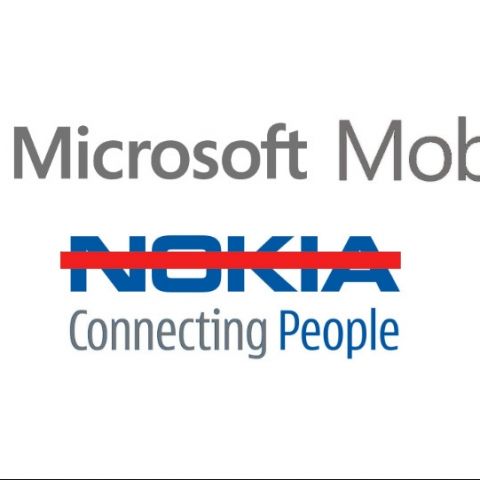 Well, this is sad in so many ways. A leaked official Microsoft email states that Nokia’s mobile division will be renamed to Microsoft Mobile once the Finnish company’s acquisition by the software giant is completed. Nokia was acquired by Microsoft in September of last year for $7.2 billion.

The leaked email reportedly sent by Microsoft to its suppliers was acquired by the Nokia Power User blog (the blog seems to be currently down because of heavy traffic). The email makes mention of the name change and attempts to assure suppliers that even after the acquisition is completed, they can expect Microsoft to honour all previous commitments.

“Please note that upon the close of the transaction between Microsoft and Nokia, the name of Nokia Corporation/Nokia Oyj will change to Microsoft Mobile Oy. Microsoft Mobile Oy is the legal entity name that should be used for VAT IDs and for the issuance of invoices,” the email states.

The ‘Nokia’ name was first established in 1871 after the Finnish city where the company was incorporated. The company initially made wood pulp and rubber and in 1967, a separate division was floated that manufactured telecommunications equipment. In September 2013, after facing a crunch in profits and sales due to increased competition from the likes of Samsung and Apple, Nokia was acquired by Microsoft and the company’s products were realigned to focus on Microsoft’s new mobile OS, Windows Phone.

If the email is authentic, then we can expect the name change to go live by the end of this month in the U.S. and in many European countries. However, Microsoft’s Nokia acquisition has run across roadblocks in India over a tax dispute. The dispute is over the government’s claim that Nokia owes between $650 million and $3.4 billion in unpaid taxes. The government has said that it will only allow for the transfer of Nokia’s manufacturing plant in Chennai to Microsoft after the taxes have been paid. The Chennai plant will be important to Microsoft since it is one of Nokia’s most valuable global assets and employs over 8,000 people who make up 25% of the workforce that Microsoft will gain from Nokia because of the acquisition.

The Nokia name has attained a level of goodwill and trust among Indian consumers and it seems very likely that name change will not result in immediate positives for Microsoft here. The software giant will have to spend considerable amount of money on marketing and increasing public awareness if they want to maintain and grow Nokia’s considerable market share especially in the low-priced mobile segment.

What do you think of the proposed name change? Does ‘Microsoft Mobile’ hold the same magic as ‘Nokia’? Let us know on Twitter or in the comments below.