Nexus 5 accidently shown off by Google

In a video released to promote the Android KitKat OS, Google may have let slip what the next Nexus looks like. 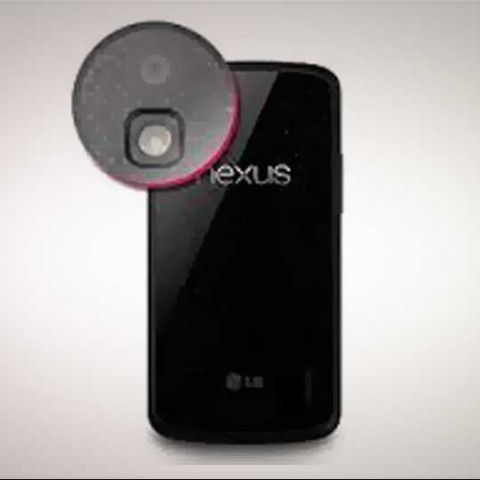 If you thought that the KitKat Android OS was the biggest news you'd get to hear about Google, we've got a something else for you. In the promotional video that was released to showcase the KitKat OS, a Google employee can be seen holding a device that has a Nexus logo on it but it isn’t Nexus 4. There is also an LG logo on the device hinting that the next Nexus could be made by LG.

The rear of the device has what appears to be a larger camera than the Nexus 4 and the Nexus logo is written in a similar fashion as the new Nexus 7. This mystery device also appears to have a larger form-factor than the current Nexus 4 that has a 4.7-inch display and is 9.7 mm thick.

Could this be the Nexus 5? Since this new Nexus device was noticed in the video, Google has removed the video from YouTube and LG has told the Verge, “We have nothing official to announce at this time."

Google recently dropped the price of the Nexus 4. We think this is not only in anticipation of the new Nexus smartphone, but to take on the much rumoured budget iPhone 5C.

The Verge got its hand on the video and you can spot the new Nexus device at 00:38.