New Ubuntu phones to be launched in 2014 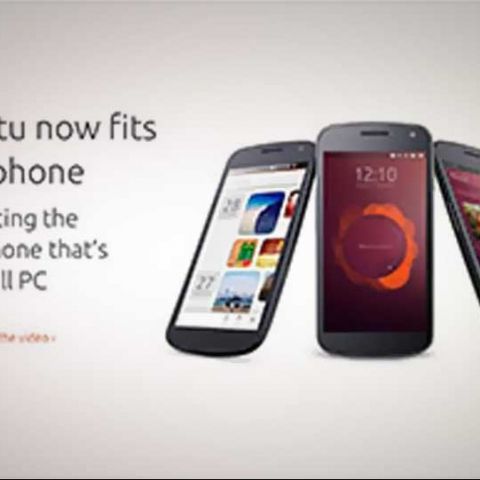 Ubuntu Phones are expected to be launched this year according to Canonical community manager Juno Bacon. He implied that Ubuntu devices will be launched exclusively for some regions and carriers and unlocked smartphones will be made available online soon.

The company has posted a few demos of the Ubuntu Phone OS on its site. According to Canonical, the interface has unique features for navigation. The OS uses Thumb gestures for navigation- users can swipe in from the four different edges of the screen to switch between apps and search for content. Swipes from the right will take you back through the apps you're running and swipe from the left side of the screen brings up your favorite apps.

From a design perspective, Ubuntu has a dynamic home screen experience that's different from Windows Phone, Android, and iOS. The OS is more focused around used content including contacts you've spoken to recently, and frequently used apps. According to Canonical Ubuntu phones will have their own voice commands built-in and will work in any application. The phones will be dockable with a keyboard, monitor and mouse.

The company may have missed its funding goal for the Ubuntu Edge but Canonical is working with other manufacturers to build their own Ubuntu OS devices. And speaking in a Google Hangout, Canonical community manager Juno Bacon stated that all signs are positive.

"I'm confident that in 2014 you're going to see a number of Ubuntu phones hitting the market," he said. "I can't tell you details right now but I can tell you that some awesome things are happening."