HTC unveiled its new lineup of Android 4.0 Ice Cream Sandwich smartphones at MWC, providing specifications for the One X, One XL, One S and One V, along with an April release date. 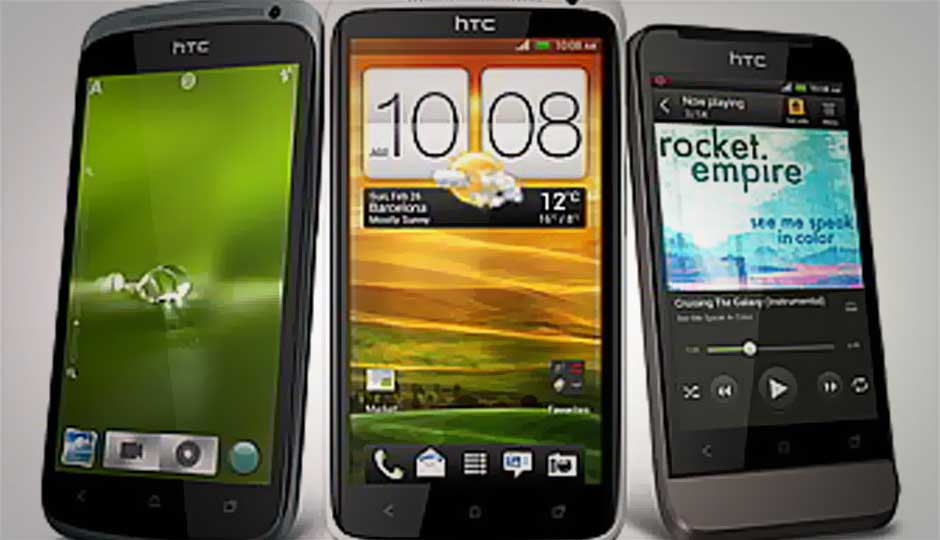 HTC unveiled its new lineup of Android 4.0 Ice Cream Sandwich smartphones at MWC, providing specifications for the One X, One XL, One S and One V, along with an April release date. Suggested pricing details have not been disclosed as yet.

Formerly known as HTC Edge and Endeavor, the new flagship ‘super-phone’ One X is 9.29mm-thick, and packs a 1.5GHz quad-core Tegra 3 processor, 1GB of DDR2 RAM, Sense 4.0 and an impressive 4.7-inch (1280x720 pixel) Super LCD 2 Gorilla Glass display. It has an 8MP BSI auto-focus camera with an f/2.0 22mm lens, LED flash, 1080p HD video recording, and 5fps burst mode, as well as an 1.3MP 720p HD front-facing camera. The One X will come with 32GB of built-in storage but no expansion slot (like the rest of the HTC One family), instead HTC will offer One buyers 2 years of free cloud storage (25GB) from Dropbox.

As for connectivity options, HTC One X has NFC, HSDPA 21 Mbps and HSUPA 5.76 Mbps, Bluetooth 3.0 with A2DP & EDR, Wi-Fi 802.11 b/g/n with DLNA and hotspot functionality, microUSB and TV-out (via MHL), GPS with A-GPS support, and no FM radio functionality. It all runs on a Li-Po 1800 mAh battery. The HTC One XL is identical to the One X, except for LTE connectivity, and, a dual-core Snapdragon S4 processor instead.

The HTC One S, formerly known as the HTC Ville, will probably qualify as another top-end offering, with its super slim profile (HTC’s slimmest yet – at 7.6mm) ceramic metal body, a 4.3-inch Super AMOLED 960x544 pixel display, a 1.5GHz dual-core S4 Krait processor with an Adreno 225 GPU, Sense 4.0, and the same (as the One X and XL) 1080p HD capable 8MP BSI autofocus camera with f/2.0 lens. Other features include Beats Audio, 16GB of built-in storage with no expansion slot, microUSB and TV-out via MHL, Wi-Fi 802.11 b/g/n with DLNA and hotspot functionality, no FM radio, and a 1,650 mAh battery. 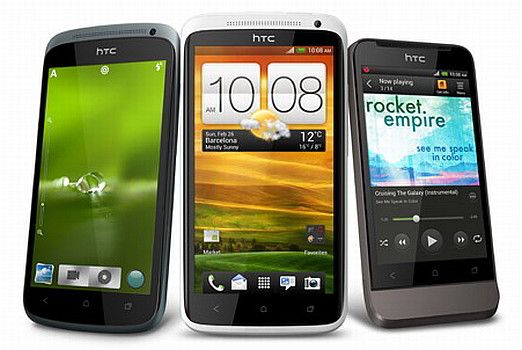