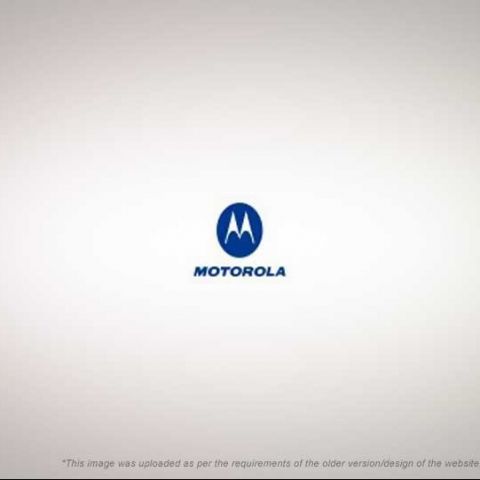 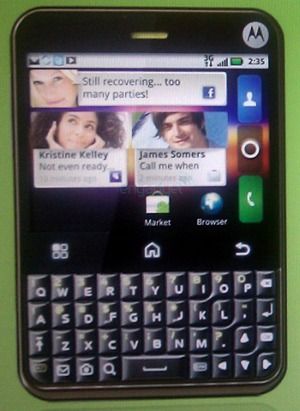 Motorola, being a prolific hardware supporter of Android, has unveiled yet another Android phone - the Charm. This one reportedly gets updates to its Motoblur skin and a Blackberry-style candybar form factor.

The most distinct feature of the Motorola Charm purportedly lies in the hardware design. It is reported to ship with a brick candy-bar style design, a full QWERTY keyboard under the screen, resembling the layout used in some of the most popular Blackberry models. The Motorola Charm incorporates a newer version of Motorola's Motoblur UI, which mirrors the typical Android interface meant for social networking and personal communication. The new Motoblur, reportedly allows the users to change the size of their home screen "widgets", with seven different home screens to cycle through and the Facebook and Twitter widgets are expected to get necessary upgrade functionality. The Charm is also expected to release in Android 2.1, but fully support an Android 2.2 upgrade. 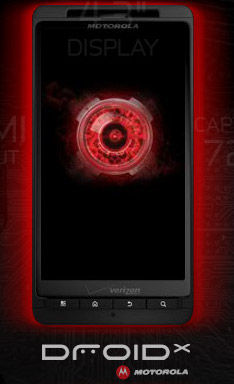 The Droid X purportedly features a fast 1GHz processor, 3G, Android Market, Android 2.1 (upgradeable to Android 2.2), and the surprise package - Flash Player 10.1 which was categorized as technology of the past by Steve Jobs. The Motorola Droid X after updating to Android 2.2 is said to support push email for Exchange and Gmail. Also Corporate users are privileged to enjoy push delivery of e-mail, live widgets that stream messages to the home screen; filter widgets to segregate work and home e-mail; corporate directory and global look-up along with a unified calendar for enterprise and sync with Google Calendar™. Also, the built-in security protocols are meant to allow a remote password control and wipe via exchange server.

Droid X is reportedly priced at $199.99 after a $100 mail-in rebate with a new two-year customer agreement.