The Moto Z2 Play is powered by the Qualcomm Snapdragon 626 platform and sports a new 12MP rear camera. 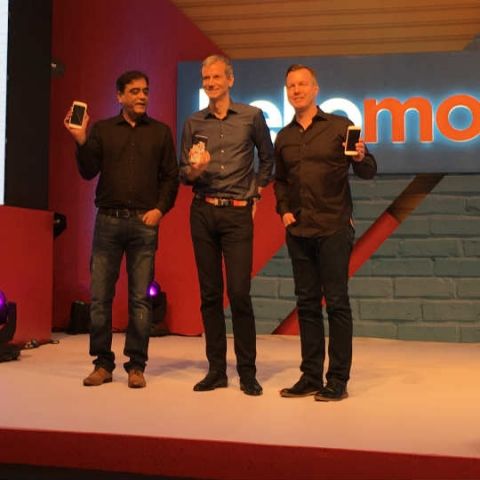 Moto has launched its latest modular smartphone, the Z2 Play in India. Priced at Rs. 27,999, the device will be available via Flipkart as well as offline and pre-orders for the device will start from today. The Moto Z2 Play has pretty much the same design as its predecessor, with a camera bump and magnetic connectors at the back. It has an all aluminium construction and will be available in two color options - Lunar Gray and Fine Gold. Although, this time, the phone is thinner at just 6mm.

The Moto Z2 Play sports a 5.5-inch Full HD display and is powered by Qualcomm’s Snapdragon 626 platform. At the back the phone has a 12MP dual-pixel camera with f/1.7 aperture lens, similar to the one used by the Moto G5 Plus. At the front the device has a 5MP camera with f/2.0 aperture lens and a dual-LED flash. The device runs Android Nougat and is equipped with a 3000mAh battery, which is smaller than the 3510mAh battery found on its predecessor.

The phone will be available in 4GB RAM and 64GB of storage. The phone also support microSD cards of up to 256GB and has a dedicated slot for it. As per norm, the phone is 4G compatible and supports VoLTE as well. The Moto Z2 Play uses a USB type-C port to charge and connect to the PC, but this time it supports the USB 3.1 standard for faster data transfers. Moto has also included an FM radio on the phone, which has been neglected by almost all major smartphone OEMs.

The fingerprint sensor is again mounted on the front of the Moto Z2 Play, which is slightly elongated now and can unlock the phone in 750ms. Moreover, the fingerprint scanner can also work as a navigation key for going back and as a home button. You still get the same Moto-mod connector at the back, that we have seen on previous Moto Z devices. Moto also announced four new moto mods alongside the phone, and all previous Moto-mods will be compatible with the phone.

Motorola also announced a pre-booking offer such as 50% off on selected Moto-mods, 0% processing fee, Armor pack with aluminum case, hard shell case, selfie stick and a display protector. In addition all Moto Z2 Play users will get 100GB of free data on Reliance Jio with the Z2 Play.