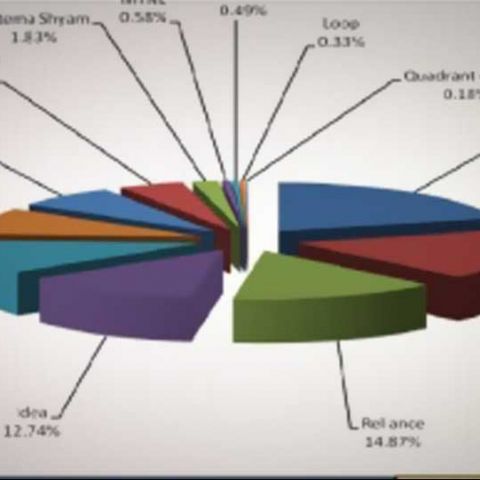 According to the latest figures released by Telecom Regulatory Authority of India (TRAI), the number of mobile phone subscribers declined to 906.62 million at the end of September 2012 from 908.36 million in August 2012. TRAI says this decline is mainly due to large scale disconnections by some of the service providers.

TRAI says, by the end of September 2012 about 69.78 million subscribers have submitted their requests to different service providers for porting their mobile number. In MNP Zone-I (Northern & Western India), the maximum number of requests have been received in Rajasthan (6.70 million) followed by Gujarat (6.08 million).

In MNP Zone-II (Southern & Eastern) the maximum number of requests have been received in Karnataka (8.64 million) followed by Andhra Pradesh Service area (6.55 million). In the month of September 2012, total number of subscribers who have submitted their requests for MNP is 4.86 million.

Here's highlights on Telecom Subscription data as on September 30, 2012: