The 8MP camera on the Micromax Canvas HD A116 is better than the most smartphone cameras under Rs 15,000. 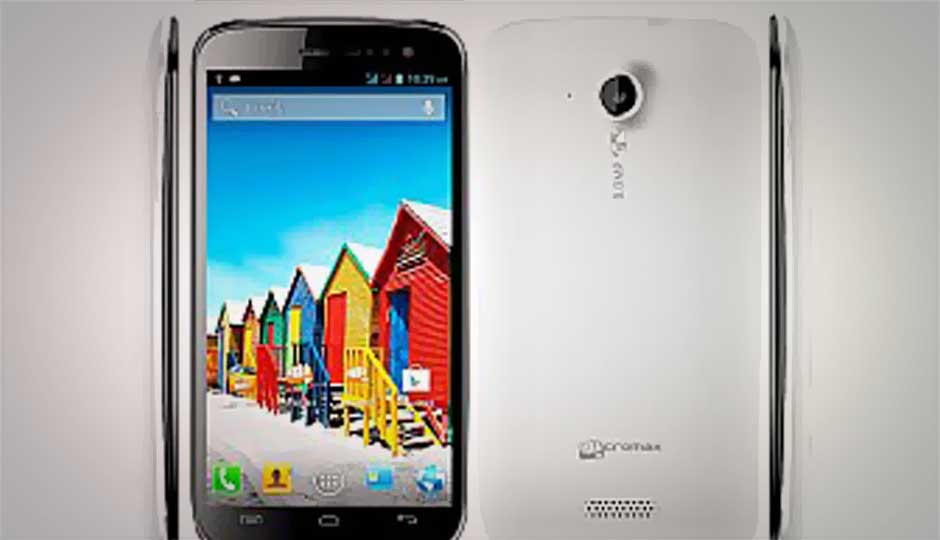 The 8MP sensor at the back does a good job for its price tag, particularly in good lighting conditions. While there aren't any clear details on the type of sensor that the smartphone uses, we can confirm the aperture value to be f/2.4 fixed.

Speed and focusing: The camera is very responsive in terms of shutter lag, though it wasn’t as fast in the focusing department. We compared the speed and focusing performance to the Samsung Galaxy Nexus, and in the most situations the Galaxy Nexus managed to lock focus faster than the Micromax Canvas HD A116

Color reproduction: The Canvas HD camera (software algorithm) has been tweaked to bump-up the color saturation, producing punchy colors and images with a hint of exaggerated contrast. The obvious negative side of the extra vibrant colors is that the colors don’t look natural. There is an obvious warm tone to all colors, which comes evident when you are shooting frames with a lot of red, pink and yellow tones. Given its usage scenario, where most users are looking for pleasing images with vibrant colors from their smartphones, which are mostly used for web postings, the extra vibrancy isn’t necessarily a bad thing.

Aggressive noise reduction: In a bid to avoid noise, the Micromax Canvas HD uses very aggressive noise reduction techniques. As a result, you get noise-free images with a clear compromise on details. Again, given it’s usage scenario, the compromise on details is a better trade off as compared to excessive noise. Though pixel peepers will find the lack of details an issue, especially if you are planning to crop parts of the picture and use them at full resolution.

Details: clean images, but the details are compromised to keep noise away.

There’s a slight glitch: While shooting indoors and in low-light we encountered a consistent problem of ending up with blurry images. This could be the result of the electronic shutter dropping down the shutter speed to below 1/10 of a second, to avoid noise and maintain exposure. In contrast, most cameras in challenging light conditions would either give dark, under-exposed images or they’d be very noisy, but the results won’t turn out blurry. While you can attempt to fix under-exposed and noisy images with some post-processing, blurry images unfortunately are mostly unusable.

Blur due to slow shutter speeds

Video recording: We shot a couple of 1080p clips at 30FPS, the results were good, especially in adequate lighting conditions. Sadly, towards the last leg of our review process, the Micromax canvas HD launcher kinda gave up on us, resulting in random crashes.

Expect an express update soon on the video performance once we get our fresh review unit. We will also update you on the explanation and hopefully the solution for the random launcher error that seems to be an issue with some units.

Summing it up: Yes, we are being overly critical of the camera performance of the Micromax Canvas HD. For a flagship phone, that attempts to challenge the other quad-core superphones, we obviously expect more. But, once we factor-in the pricing of the phone, our rating for the camera performance moves from “above average” to “good”. Yes, the overall camera quality is good, and it surely beats other smartphones in the same price bracket.

Micromax A116 Canvas HD performance review vs. other quad-core phones