Micromax Canvas 4 has appeared online in the colour white 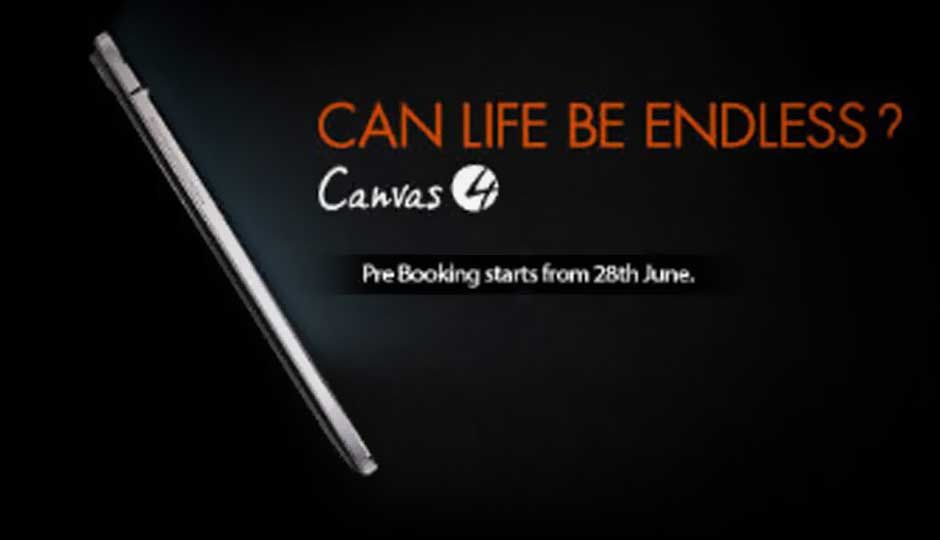 Micromax is all set to unveil its next generation smartphone, the Canvas 4 next week. Pre-booking for the device starts from the 28th of June and rumour mills are abuzz with information on what to expect from the smartphone. Up till now all that Micromax has shown us is a teaser commercial of the smartphone and an image online, which shows the lock screen.

Now, leaked images on the Internet show that the smartphone will be available in white as well. The commercials that were released showed a black smartphone. The device is listed on Saholic as the Canvas 4 A117. According to Saholic’s listing, the Canvas 4 will run on Android Jelly Bean, have a quad-core processor coupled with 2GB of RAM. If the device runs on a quad-core processor we think it will be the same MediaTek chipset that powers the Canvas HD. The 2GB RAM will ensure that the device runs very smoothly. The smartphone will also sport 64GB expandable storage. The device also shows off dual-SIM capabilities.

There is no other information available about the specifications of the device and all we can do is speculate as to what the Canvas 4 will offer until Micromax lifts the curtain from the device. Considering that the device is the successor to the Canvas HD we think that it will sport a full HD display. Rumours do suggest that it will have a 13MP rear-facing camera. Cameras on budget smartphone have had some questionable output in the past but there are few devices like the Spice Stellar Pinnacle Pro that has a really good camera on a budget device.

We can also hope that the Canvas 4 will have a bigger battery ensuring better battery life. Stay tuned, as we will bring you the complete scoop on the Canvas 4 as soon as we get the information. 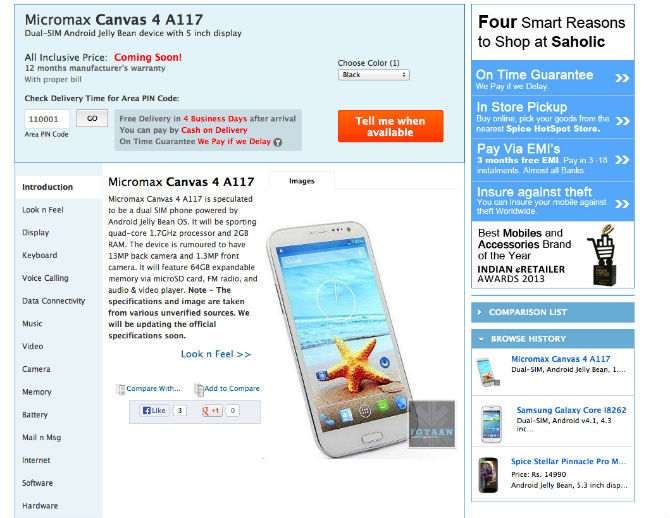