MediaTek’s 5G SoC solves one big problem, but has one major drawback 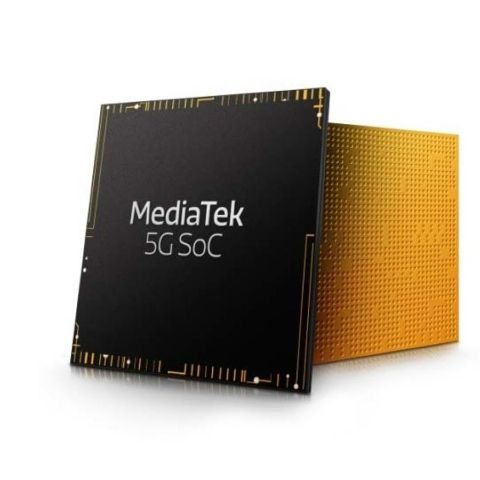 The MediaTek 5G SoC has the MediaTek Helio M70 5G modem integrated into an SoC that has the CPU, GPU and an APU.

Integrating the 5G modem with the SoC will solve a lot of problems with manufacturing 5G smartphones.

But it's the way the company has achieved the feat that is likely to be a major drawback in 5G markets like the US.

With Qualcomm and Huawei’s 5G modems now showing up in smartphones across 5G markets, MediaTek became the latest company to announce its entry into the space. At Computex 2019, MediaTek announced a 7nm 5G SoC becoming the first to claim rights to a microchip that has the CPU, GPU and the 5G modem integrated in the same silicon. It was a big move from the Taiwanese chipset designer, thwarting both Qualcomm and Huawei to the race to integrate the SoC with the 5G modem. But is that all there is to the story?

For one, the 5G chipset doesn’t even have an official name. It has the MediaTek Helio M70 5G modem integrated into an SoC that has the CPU, GPU and an APU. But there’s no confirmation whether the chipset is even ready, or MediaTek simply wanted to make noise about it before anyone else. The Helio M70 was announced at MWC 2019 and is offered as an affordable offering to OEMs. The company’s entry to the 5G space is important because Qualcomm and Huawei will spend the early years of 5G prevalence catering to the premium market, while MediaTek has focused primarily on the mid-range and entry-level space.

The MediaTek 5G SoC is notable not just for the fact that it has the 5G modem integrated. For the first time, MediaTek can claim the bragging rights of announcing the latest microarchitecture that ARM announced just two days before MediaTek’s unveiling. The 5G SoC incorporates the newly announced ARM Cortex A77 cores as performance cores, along with the new Mali G77 GPU. The Cortex A77 improves upon the current DynamIQ architecture to offer 20-25 percent boost in CPU performance while the Mali-G77 features a whole new “Valhall” architecture that promises a big boost in efficiency, performance and in handling AI tasks. We will do another deep dive into the latest ARM cores and GPUs once these chipsets become a reality.

The MediaTek 5G SoC will also sport a new AI processing unit or APU as the company calls it. It can now apparently do more complicated AI tasks like de-blurring images (one of the examples the official website states). However, we don’t think the APU can still be configured to run custom AI tasks like what Qualcomm offers in its AI Engine. Instead, MediaTek preloads commonly required AI applications in the APU by default so that OEMs looking to cut down R&D costs don’t have to invest more to enable AI features on their devices. It’s primarily the reason why most budget MediaTek phones can offer basic features like portrait mode, AI filters and the likes.

This is also going to be the first 7nm SoC from MediaTek. The Helio P90 flagship SoC that MediaTek announced earlier this year was on a 12nm process. This should deliver higher power efficiency and the advantages of 7nm lithography can finally be exploited by the mid-range OEMs making affordable smartphones more powerful.

The 5G modem integrated in the yet-to-launch chipset is the MediaTek Helio M70 that the company had announced back in MWC 2019 in Barcelona. The Helio M70 modem is capable of delivering 4.7Gbps download speed and 2.5Gbps upload speed and also supports multi-mode of 2G, 3G and 4G. However, there’s a big caveat. The Helio M70 only supports the sub-6GHz spectrum and not the mmWave spectrums. That’s a big fundamental difference between the Snapdragon 5G modems and the Balong 5000 5G modem, and the MediaTek 5G modem. But it does support both standalone and non-standalone 5G standards. That could be how the Helio M70 was integrated directly into the SoC. The mmWave modules of the modem is said to generate a lot more heat and isn’t quite energy efficient yet. I mean the spectrum is made of high-frequency microwaves. MediaTek got around the biggest challenge of integrating a modem by simply passing on the feature that’s causing the setback.

Having said that, it likely won’t hurt the chipset’s prospects in the market all that much. mmWave spectrum is presently only deployed in the United States and no other 5G markets. MediaTek will primarily target emerging markets where low-cost smartphones sell more than premium flagships. And in those markets, mmWave-enabled 5G connectivity is still far away. By not supporting a spectrum that won’t find any use in majority of markets anytime, it could be a smart move from MediaTek to keep the costs down, and achieve a feat its rivals are still trying to accomplish. However, the company could find itself at a disadvantageous position when mmWave connectivity do become more prevalent.

It’s also important to integrate the modem to the SoC. A discrete modem will take up extra space inside the phone where with pop-up camera modules, large batteries and the myriads of features, space is already on the down low. Most of the 5G phones announced this year are quite large in size, with enough surface area inside to fit the modem outside the chipset. By integrating the modem, maybe there can be space left for the endangered 3.5mm headphone jack?

MediaTek is well poised to bring 5G connectivity to emerging markets to mid-range phones. The question remains, by when? Both Qualcomm and Huawei are out with their 5G modems. The Samsung Galaxy S10 5G and a host of other 5G devices announced at MWC 2019 are powered by the Snapdragon X50 modem which is discretely paired with the Snapdragon 855 whereas the Huawei Mate X and Huawei Mate 20 X, are the two only devices that runs on the Balong 5000 5G modem. We expect the MediaTek 5G SoC to start showing up in devices from 2020. But by then, it might remain the only SoC offering an integrated 5G modem.