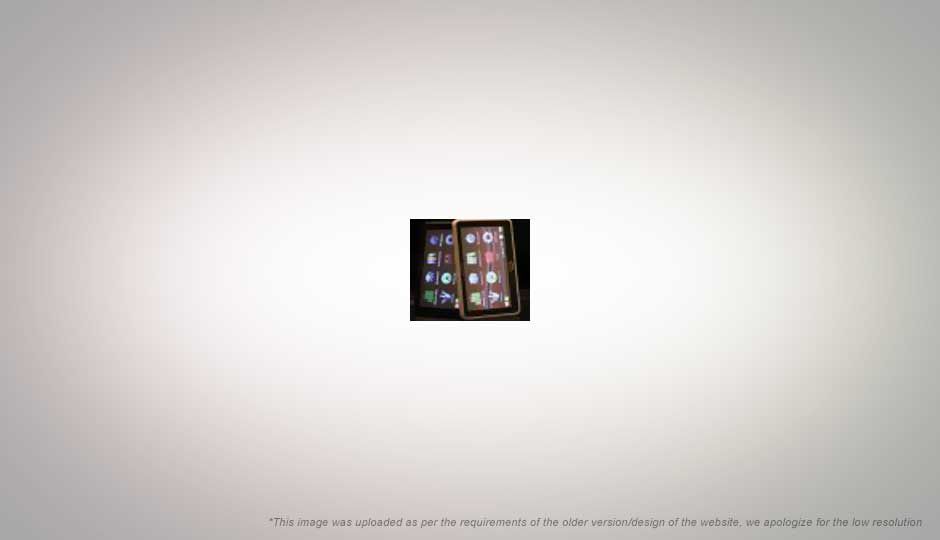 Magnum tablet - 4.3-inch screen, tethers to your phone for Rs 8,888 [Made in India]
By Nimish Sawant & Siddharth Parwatay 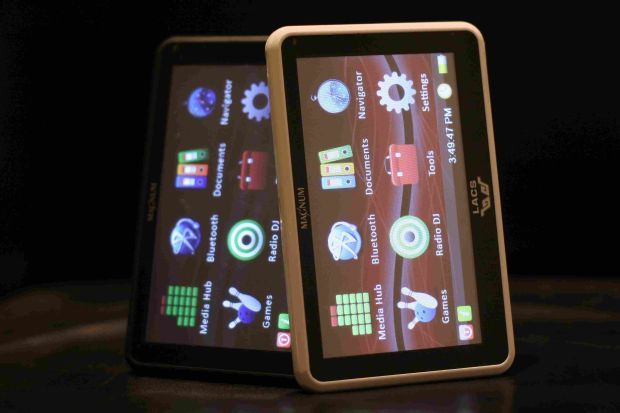 Lately we are seeing a surge in the the mobile internet devices segment. With tablets and smartphones flooding the market, it may seem that there is practically no other variation left to be explored in the MID (Mobile Internet Device) segment. But we got a preview of what is called a Wireless Infomedia Services (WIS) device.

Lakshmi Access Communications Systems (LACS ), a Bangalore-based company, gave us a lowdown on their new device called the Magnum. It is what they are calling a WIS device, which works on Windows CE operating system and uses the GPRS network to communicate. So is this another tablet/smartphone with a new nomenclature? “We do not want to compete with the mobile phone segment as this is not a mobile phone replacement. At the same time it isn't a tablet in the traditional sense of the word. It is a Wireless Infomedia Services touch media device (TMD) which aims to integrate all your digital data needs onto one platform. We are creating a single layer platform where the customer can use this device for some standalone functions. We will add more functions, and that's how we are taking it ahead,” said Mr. Mr. Mahendra Kumar Jain, CEO LACS. The expected launch date is towards the end of April.

According the Mr. Jain the idea behind the evolution of this product was to have every service on one device so that people do not have to change their devices. “Many times people just throw away a phone if it becomes outdated. We want to counter that by this product that is upgradable and on it you will have everything you need on one device at a very economical price point,” he said.

The Magnum has a 4.3-inch resistive touch screen and is available in as many as five colours. The phone has features such as in-built GPS navigation, music, video, browsing, and games among other things. It also allows users to sync their mobile phone via Bluetooth with the Magnum, allowing syncing of music and other media with the Magnum. You can also back up your phone contacts via this sync. It's priced at Rs. 8,888 plus taxes.

The Magnum runs on a 500MHz processor and on old Windows CE 6.1 operating system. When asked why LACS decided to use such an old OS and not opt for newer solutions, Mr. Jain said, “Technologies sound good on paper. Android is a great operating system no doubt, but since it is free to use, there is no guarantee of support. I don't want to be in a position where my customer has to suffer because of any backend issues. So at this point in time we decided to go ahead with Win CE which is a more stable system. Once assured that Android or any other OS is stable and I can provide the necessary support later on, we will go ahead and implement it in our devices.”

At present the Magnum works on GPRS and not Wi-Fi - it essentially tethers to your phone connection. “Wi-Fi is dependent on a location and we want the user to be able to use this device on the go. That can happen only on the GPRS networks as of now. With 3G, we hope to get content like TV shows on the device, so the user can watch TV while on the go,” he said.

The company has plans to roll out various services around this device to cater to consumers. LACS is targeting a million units for sale this year and has plans to target all segments but focus specially on Tier 2 and Tier 3 cities.
Some of its interesting features include :

Radio DJ : This application allows you to transmit content over an FM frequency. So you can broadcast music which is on the device itself or sync it with a mobile phone and transmit the phone's music to a car stereo.
Media Hub : Magnum can playback audio, video and show images across all major formats, such that the user does not have to use any media codecs or conversion softwares.

GPS Navigator : This is a satellite based voice navigation system available in nine Indian languages. (powered by SatGuide)


Bottomline: The Magnum may be a robust media player and GPS navigator, but its internet connectivity seems frivolous, since it uses your phone's connection to connect to data services. Would people shell out Rs. 8,888 (plus taxes) for something that prima facie seems like an extension to your mobile screen? There is however another device in the pipeline called the Opus which we're told will come with a SIM card slot. This variant is exactly the same as the Magnum except that you can pop in a data-only SIM card so that it has its own connectivity. We're eager to see how these devices are received by the general public.