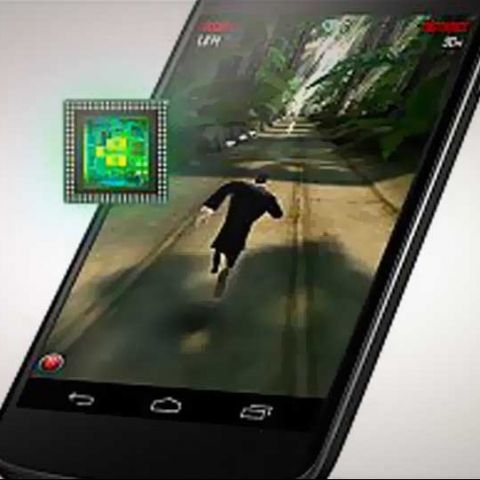 Google’s next flagship smartphone, the Nexus 4 made by LG, has shown off some seriously exciting specifications for its $299 price point, easily matching many top-end offerings. The Nexus 4 runs on Android 4.2 Jelly Bean, has 2GB of RAM, 1.5GHz quad-core Snapdragon S4 Pro processor, an 8MP rear snapper, and a 4.7-inch display with a resolution of 1280x768 pixels. The front and back of the device are encased in Gorilla Glass.

At this stage, a week from launch, other disappointments gave emerged from the internals of the device. For those of you that aren’t aware, the Nexus 4 runs on Qualcomm's Snapdragon S4 Pro SoC, quad-core 28nm Krait CPU with Qualcomm's next-gen Adreno 320 GPU. Since the hardware under the hood of the Nexus 4 is pretty impressive, the masterminds at AnandTech put the device through its paces and the results were a surprising mixed bag.

After putting the device through a large number of benchmarks, it is clear that something is off in terms of the performance. The best examples are the GLBenchmark 2.5 – Triangle Texture Test – Vertex Lit (Offscreen 1080p), and GLBenchmark 2.5 – Triangle Texture Test – Fragment Lit (Offscreen 1080p), wherein Adreno 225 powered smartphones perform much better than the Nexus 4. The difference in performance in some cases was astounding. AnandTech says, “ARM shows the biggest gains here once again thanks to its move to a unified shader architecture. The Adreno 320 does ok here but it's really no better than the 225, I suspect there is some thermal throttling happening on the device.”

The benchmark comparison analysis goes on to say “Once again we're seeing huge gains for the Mali-T604 compared to the Mali-400MP4. The Adreno 320 in the Nexus 4 actually performs worse than the Adreno 225 in older devices, possibly due to thermal throttling we saw on the Nexus 4 sample during periods of heavy load.”

If thermal throttling is the issue, we should at least be assured of stellar battery life. Unfortunately, other test results show that the device’s battery life suffers, placing it behind the iPhone 5, iPhone 4S, Samsung Galaxy S III, and the HTC One X.

There are other tests which put the CPU through its paces and the Nexus 4 performs at par if not better than other devices powered by the S4 processor but the heart of the matter remains the same; there seems to be some problem with Android V8 optimization due to which its performance seems underpowered. A pre-final build of the firmware may also be responsible.

In the face of these two issues, the Nexus also lacks LTE, which is a big deal if you are going to use this device in the US. In India it doesn't really matter, unless you are within certain hotspots. The other disadvantage is that it comes with wither 8GB or 16GB internal storage with no expansion options. The competition offers up to 64GB, so storage may just become a bit of an issue. Google Drive cloud storage should help to some extent though.

Despite these flaws, the Nexus has received some great reviews all over the web, perhaps simply because the pricing of the device is very attractive, and the performance is snappy (albeit not up to the top-end mark). What do you think? Is the Nexus 4 the phone it should be, or does the competition taste sweeter? Let us know what you think of the Nexus 4 in the comment section below.