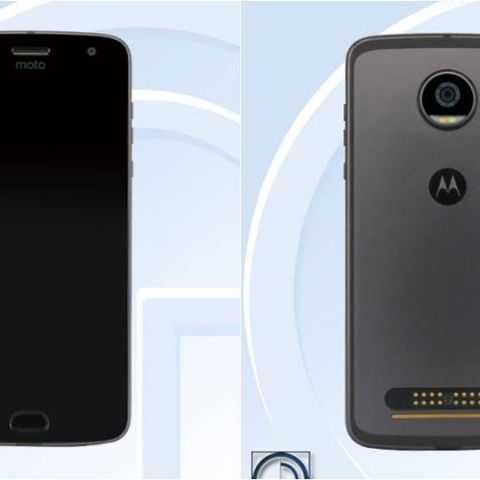 In a reply to user-query on Twitter, Lenovo has confirmed that Moto Z2 Play will feature a smaller 3000mAh battery as compared to the 3510mAh battery found on its predecessor. Ahead of its official launch, the handset with model number XT1710-08 was certified by Chinese regular TENAA. The listing suggests the handset houses a 2820mAh battery and is 5.99m thick, which could be the reason for the use of a smaller battery.

The TENAA listing also reveals other specifications like the use of a 5.5-inch Full HD display, an unspecified 2.2GHz octa-core processor, 4GB RAM and 64GB of storage. The model here might use Qualcomm's Snapdragon 626 chipset, which is an upgrade over Snapdragon 625 used in last year's model. The device is also tipped to come with a 12MP dual-pixel autofocus rear camera with f/1.7 aperture, same as the one found on G5 Plus, and a 5MP front camera.

Last year's Moto Z Play was a good mid-range device and offered a good battery life. With Lenovo confirming the use of a smaller battery this year, it is not clear how the company plans to pitch the device to consumers. The handset is expected be officially unveiled on June 8 and the recent certification seemingly confirms the imminent launch.