Knuckle and fingernail gestures could be coming to touchscreens soon

A scientist in a U.S. university has successfully modified a smartphone, allowing the touchscreen to distinguish the touches between fingertips, fingernails and knuckles. 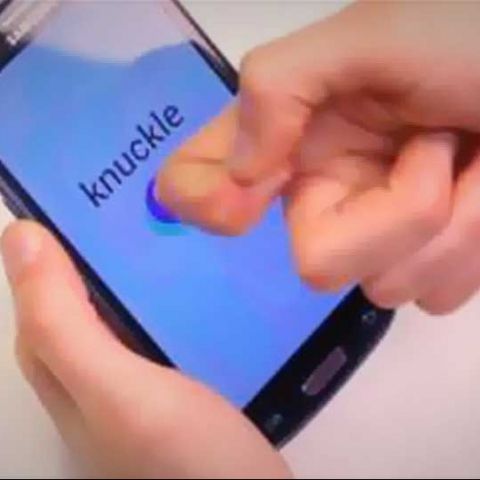 A scientist in a U.S. university has successfully modified a smartphone, allowing the touchscreen to distinguish the touches between fingertips, fingernails and knuckles. If you thought multi-touch and multi-finger gestures were the limit, this new technology throws some new variables into the mix.

Chris Harrison, a computer scientist at Carnegie Mellon University in Pittsburg, took a Samsung Galaxy S III and modified it to distinguish successfully and accept input from all three different touch variations. The Samsung Galaxy S III was modified to add a small vibration sensor and the FingerSense software that will help identify the acoustic differences that come from different kind of touches.

Harrison has already started a company called Qeexo, and plans on selling this technology. But this will have to be sold directly to smartphone manufacturers, because the sensor is a piece of hardware that needs to be installed first on the main circuit board, and then the decoding software.

If this works out and smartphone manufacturers gobble up this new technology for their next smartphone upgrades, we could have the portfolio of gestures capable of being used on a touchscreen device that would almost be limitless. And once that happens, we could see another mad rush to patent gestures. More courtroom sagas waiting to unfold, perhaps! But we do look forward to seeing this on smartphones in the not too distant future.