Karbonn Mobiles has added another smartphone to its portfolio, the Karbonn Retina A27. 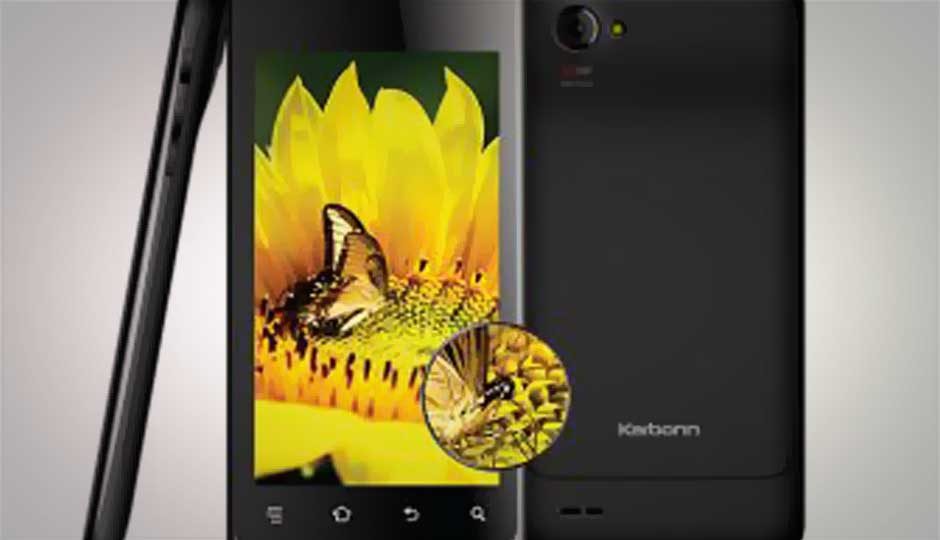 Karbonn Mobiles has added another smartphone to its portfolio, the Karbonn Retina A27. The smartphone falls in the budget category and is priced at Rs. 9,090.

The Karbonn Retina A27 has a 4.3-inch qHD (960x540 pixel) IPS display. It also sports a 1.2GHz dual-core Qualcomm Snapdragon processor, 512MB RAM and 4GB built-in storage (2GB available to the user), expandable up to 32GB via a microSD card slot.

The A27 also boasts of dual-SIM capabilities and runs on Android 4.1 Jelly Bean. The rear of the smartphone houses an 8MP camera where as the front houses a 2MP camera. The smartphone is relatively slim at 9.1 mm thickness, and it weighs a mere 126.5 grams. The Karbonn Retina A27 also boasts of 3G (HSDPA 7.2Mbps), Wi-Fi 802.11 b/g/n, Bluetooth, and GPS / aGPS connectivity. An 1,800mAh battery powers it.

With a 4.3-inch display and a resolution of 960x540 pixels, the Karbonn A27’s IPS display has a pixel density of 256 ppi, which is quite good. This means that the display will be rich and vibrant and the occasional pixelation noticed with most budget smartphones won’t be present. Just how this translates on the Karbonn Retina A27 is something we can't say till we we get our hands on it.

Karbonn has a history of producing budget devices that offer decent value for money. We have seen the Karbonn A21, one of the better budget Android smartphones in the market at its time. You can read our detailed review of the device here.

In the past few months, we have seen the launch of budget smartphones that boast of some exceptional capabilities and can give some mid-ranged smartphones a run for their money. We have seen the Micromax A116 Canvas HD, a smartphone that boasts of a quad-core processor, a 720p HD display, and of being quite a performer. You can read our in-depth review of the Canvas HD here.