The latest Android distribution show Android Jelly Bean v4.2 and 4.1 are gradually growing and now have gone past 15 percent share. 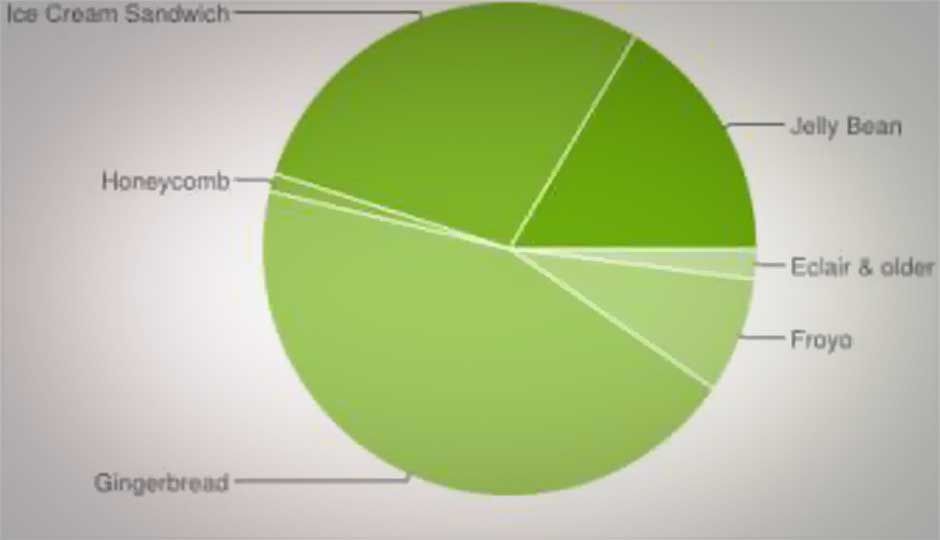 Google has updated its platform versions distribution for Android. The latest Android distribution figures show Android Jelly Bean v4.2 and 4.1 are gradually growing and now have gone past 15 percent share. Its predecessor Android 4.0 Ice Cream Sandwich has started to slump, and now is at 28 percent. Android 2.3 Gingerbread, still has the largest share, has now slipped to less than 45 percent of devices.

Even though ICS has grown, Jelly Bean is likely to move up to second spot in the near future, with smartphones launching with the latest Android version onboard.