An iPhone 6 allegedly blew up while the user was in the middle of a call. The user claims that the Apple service centre refused to register complaint against device. 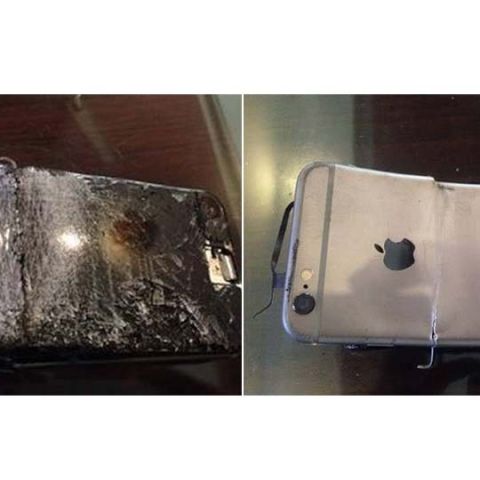 An iPhone 6, which belonged to Gurgaon-based restaurant owner Kishan Yadav, allegedly blew up while he was in the middle of a call. The incident was reported on Tuesday, although it occurred on Saturday, the 20th of June.

According to Yadav, he was in his car talking to a friend with the phone in hands-free mode. He suddenly noticed sparks coming out of the phone, and after realising that it had become very hot, threw it out of the car. The device exploded within seconds, as soon as it touched the ground. Before the phone exploded, Yadav claims he was in the middle of a call and the phone’s battery was around 70%.

Yadav had purchased the 64GB Space Grey version of the iPhone 6 from Gurgaon’s Galleria market on Thursday, June 18, for Rs. 60,000. After the incident, Yadav took the phone to the shop he had bought it from, and he was asked to contact Apple’s service centre. He claims that the service centre refused to register the complaint, and asked him to keep the burnt remains of the phone with them, while they would contact Apple and get back to him. Following this, he registered a First Information Report with a local police station.

Such an incident, although not the first one reported for the iPhone 6, is first reported incident in India. A similar situation has previously been reported from the United States, where an iPhone allegedly bent 90 degrees and caught fire, causing second degree burns to user, Phillip Lechter. Apple has said that such issues were never heard before in India, and it is looking into the situation.

Source: The Times of India