HTC One Mini photos leaked, featured alongside HTC One 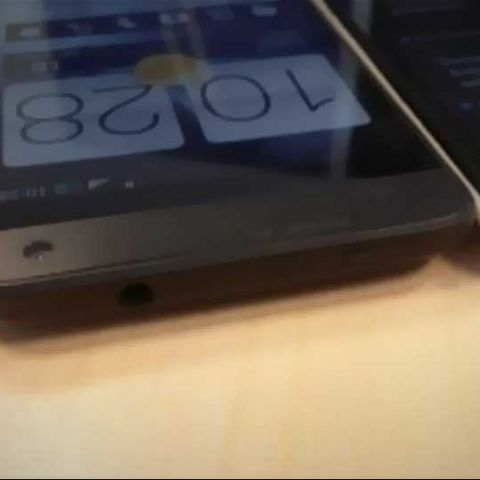 Estonian site forte.delfi.ee claims to have access to the HTC One Mini. The website has uploaded images of the mini side by side with its bigger sibling the HTC One.

The HTC One Mini shares quite a few traits with the One such as an aluminum body, the infamous 4MP UltraPixel camera, and stereo speakers on the front of the smartphone boasting of Beats Audio. The display of the One Mini isn’t really that small at 4.3-inches but it feels smaller when compared to the 5-inch smartphones dominating the market. The 4.3-inch display of the mini has a resolution of 1280x720 giving it a 324ppi pixel density. It houses a dual-core processor along with 2GB of RAM and 16GB built-in storage.

It is speculated that the smartphone will run on Android 4.2 Jelly Bean with HTC’s Sense UI. The HTC One Mini is expected to launch in August 2013.

HTC and Samsung are really gunning for the top spot when it comes to smartphone domination. There were rumours about the Samsung Galaxy S4 mini and the S4 Active floating around the Inter for quite some time before Samsung went ahead and confirmed these devices. So, it seems logical that HTC too tries to grab a share of the “Mini” pie. HTC and Samsung, both have announced versions of the One and S4 respectively that will run stock Android and will be available to consumers through the Google play store.