Android 5.0 devices get a new 'smart lock' function that automatically locks your smartphone when you set it down. 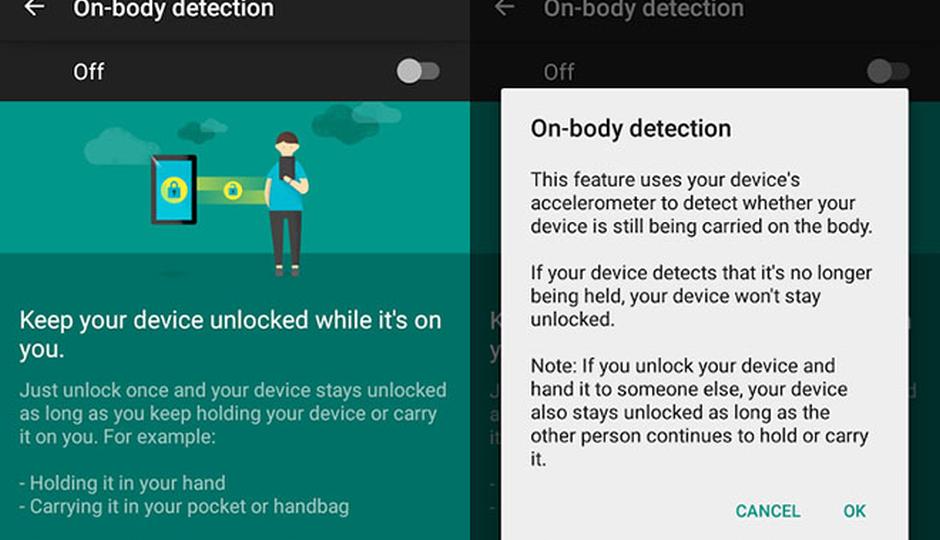 Google has started rolling out a new automatic smart lock function called on-body detection to devices running Android 5.0 or higher. The feature uses the accelerometer sensor of the device to determine when your smartphone is in your hand or pocket and locks it when you set it down.

According to Android Police, the on-detection mode will keep your phone unlocked while it is in your hand or pocket or even if you hand it to some one else, but once you set the smartphone down it will lock automatically. Users will have to manually unlock the phone when they pick it back up. The feature is aimed to protect your data from getting stolen when you leave your phone on the table or forget it somewhere.

The feature was first noticed on a Nexus 4 device running Android 5.0.1, but now it is being rolled to other Android devices as well. According to Android Police the new feature is not related to Android 5.1, but will probably require Android 5.0 or higher to work. Google is rolling out the feature slowly, so most users with devices Android 5.0 devices will get it over the next few weeks. The internet giant hasn't responded to messages to confirm the new feature as yet.

What do you think of Google's new on-body detection feature? Share your views in comments section below.