Google released the first developer preview for Android P embracing support for the display notch along with performance improvements and enhanced security. 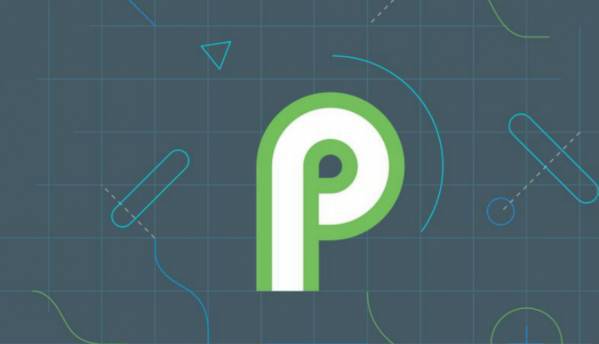 Just a day after celebrating National Oreo Day, Google has released a Developer Preview for Android P, the ninth iteration of the most popular mobile operating system. Releasing an early preview has been the trend for the last couple of years but Google took everyone by surprise by releasing it a week before everyone anticipated. The Developer Preview, first of many, gives a peek into what to expect from the next version of Android. First things first, it’s only called Android P now. We don’t have a ‘sweet’ name for it yet.

This version, as the name suggests, is for developers only. You can download it on Pixel and Pixel 2 devices. Nexus devices will not be supported after Android Oreo. As Google VP of Engineering Dave Burke wrote in a blogpost, this is “an early baseline build for developers only”, so it is advisable to not flash it on your daily drivers.

Based on the features that are there on the developer preview, it’s clear that Android is encroaching very close on iPhone territory. There is built-in support for a notch in the display, or as Google puts it, “display cutout support”. Notches are already popping up in devices and most of the rumoured flagships this year has been seen with a notch. In the developer preview, Google will allow developers to test apps with the notch factored in. There is also a way to simulate a notch on a normal full-screen display.

Google’s Smart Replies can now be leveraged by other apps, and replying from inside the notification will be benefited by including recent lines. It’s quite similar to how you get iMessage notifications in iPhones. Autofill has been improved to handle your passwords better. You don’t have go back and forth to copy and paste passwords.

These are mostly all the visual changes in the developer preview. There will be more, in the forthcoming previews. In this one, the focus is more on what’s happening under the hood.

There are expected improvements in ART performance as well as apps written in Kotlin. Additionally, users will see a warning message when installing apps made for versions before Android 4.2. Google will also shame apps that are not in 64-bit and doesn’t target at least Android Oreo till November.

Conspiracy theorists will be glad to know that Android P will restrict access to the camera, microphone and other sensors from apps that are idle. So if the app is not active and is in the background, it won’t be able to use the camera or the mic.

Android apps can now request data from multiple cameras at once. A multi-camera API will allows apps to use dual cameras with more granular control.

Wi-Fi can now be used for indoor positioning more accurately. With support for Wi-Fi RTT (Round-Trip-Time), your indoor location can now be made accurate down to a meter or two by measuring the distance between two access points.

Android P is smarter in controlling power efficiency. Doze, Standby, and Background Limits have been tweaked to understand the device’s network state and has the ability to batch apps that request the network together.

Google has shared a video to list down the features from a developer’s perspective and even gives sample codes to implement some of the new features.

Most of these under-the-hood features will be pushed out via Project Treble for other OEMs to implement. But don’t expect them to show up immediately after launch. Considering the dismal state Project Treble seems to be in, most of these features might take longer than it should. Google is expected to disclose more details in May during Google I/O and a release later this year.

Once again, it needs to reiterated that this version is for developers only and not intended for daily or consumer use. There is no over-the-air version of the preview. Only Pixel, Pixel XL, Pixel 2 and Pixel 2 XL can flash the preview from here. One can, however, expect a Beta release close to the final launch.