Gionee A1 selfie-centric smartphone set to launch in India today

Gionee A1 is the first handset in the company's new A-series aimed at delivering long battery life and enhanced selfie cameras. 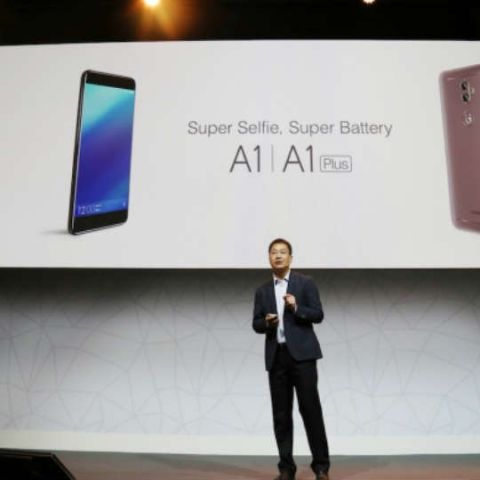 Gionee will announce its selfie-centric A1 smartphone in India today. The handset was launched alongside the A1 Plus at Mobile World Congress in Barcelona, last month. The launch will be livestreamed via Gionee's Faceboook page.

The Gionee A1 is part of the company's new A-series smartphones which claim to offer long battery life and enhanced selfie cameras. The A1 features a 5.5-inch Full HD AMOLED display and is powered by MediaTek's Helio P10 processor. It offers 4GB RAM, 64GB storage and support for up to 256GB external storage.

Gionee's upcoming smartphone features a rear-mounted fingerprint sensor, a big 4010mAh battery and runs on Android 7.0 Nougat. At MWC 2017, the handset was introduced in black, grey and gold colour options and was priced at €349 (around Rs 25,000) in Europe. The Gionee A1 will compete with Vivo's V5 series and Oppo's upcoming F3 series which is slated to launch on March 23.