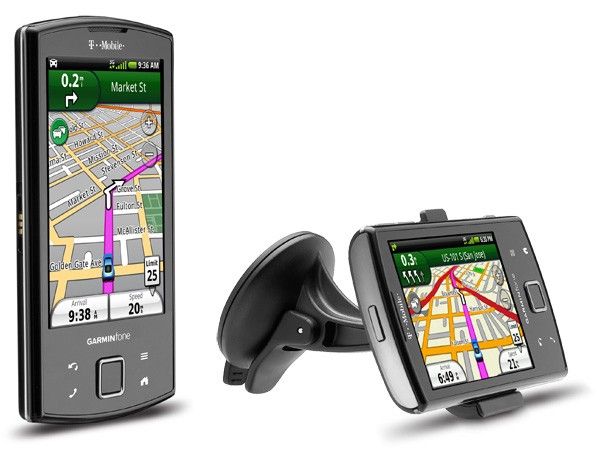 Believed to be identical to the Garmin nuvifone A50 unveiled at CES 2010, the Garminfone will be launched with T-Mobile as a 3G device this spring (US), and has social networking features along with Garmin’s proprietary navigation technologies. It is apparently the first Android-based Garmin device.

Garmin’s new range of GPS navigators are available in three models, 3790T, 3760T, and 3750, all of which have 4.3-inch 800x480 WVGA TFT capacitive multi-touch screens, and come pre-loaded with a whole bunch of excellent Garmin navigation features, such as ecoRoute (finds the most fuel-efficient path to your destination), enhanced pedestrian mode with cityXplorer content, nuRoute with trafficTrends and myTrends, and more. The nuvi 3700 Series has also won many awards for its super thin (9mm) and elegant design, including the prestigious Product Design Award at Red Dot Design Awards.

The 3790T is the flagship of the series, and sports such top-end features as 3D terrain and 3D buildings, wake-up phrase for voice-activated navigation, and more. It shares free lifetime traffic alerts service with the 3760T device.

Check out a video of the nuvi 3700 Series below: