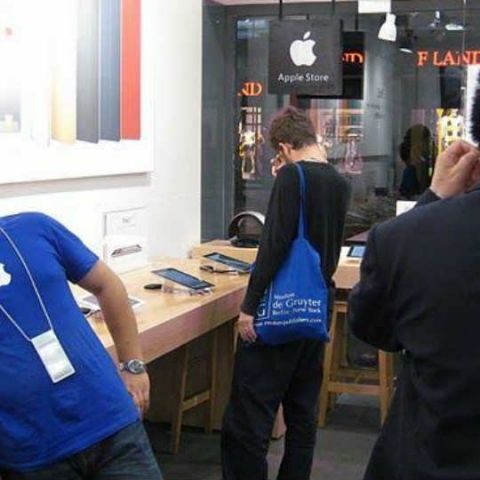 Fake Apple stores are doing brisk business in China, following the launch of the iPhone 6s. According to Reuters, more than 30 such stores have popped up in Shenzhen in the aftermath of the launch.

In April 2015, China overtook the US as Apple’s biggest iPhone market. There is a huge demand for Apple products in the market, giving rise to unauthorised Apple stores. In Shenzhen, there are more than 30 such stores, while there is only one official Apple Store, and five authorised dealers. The devices being sold by these stores, however, are original, and they are even taking “pre-orders” for the iPhone 6s to cash in on the impatience of some customers to charge upto double the actual price of the new iPhones. "There are many silly people in China who are willing to pay extra money just to get a new iPhone ahead of everyone else," said a clerk surnamed Zhao at one the fake stores. Only those customers who have reserved the iPhone 6s online will be able to lay their hands on the phone on launch day. The demand for the latest iPhones have far exceeded the supply in China. The fake stores source stock from official resellers, and charge a premium. Devices are also being smuggled in from Hong Kong and the US.

There is very little to differentiate between the fake Apple stores, and the official outlets. The stores sport the iconic Apple logo and even the sales personnel are kitted out in blue livery. For years, Apple has had to deal with the issue of unauthorised Apple Stores blooming in China. A part of the problem can be traced to the fact that there are only 22 Apple stores in the country, supplying high demands. While the company’s revenue from China has exceeded $13 billion, the pace of setting up new stores has not managed to keep up. One instance of the demand was seen when two men tried to sell their kidneys to buy the iPhone 6s.

Local ventures that help in setting up these counterfeit stores have cautioned that the market might soon become saturated, and dealers will have to look at other brands to keep running the businesses.