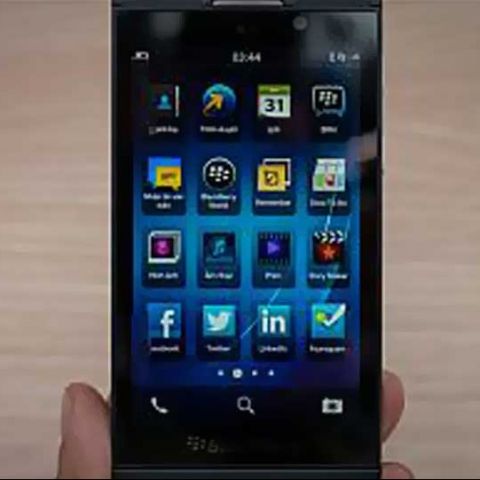 We are becoming fairly bored with all these leaks, to be honest! Mostly because we can't wait for the real thing to arrive. However, for the time being, more leaked images of the L-series phone have emerged, thanks to the Taiwanese website Tinh Te. In comparison to the earlier leaks, the images and the accompanying video seem fairly clear, leading to the belief that this is the genuine product.

This is the first time we are seeing the BlackBerry Hub and Flow interface. The device itself seems fairly different from the Dev Alpha version leaks we had seen earlier. The edges have a curved design, for starters. Somehow, this version looks slightly smaller than the earlier leak, but still, the display size will be upwards of 4-inches. On the top spine are the 3.5mm headphone jack and the power key. On the back, the camera and the flash are on the top left corner, much like the official teasers RIM has showed off. The battery cover has the imprint design, which makes this leak seem even more genuine.

In the video, the presenter is kind enough to compare the latest BB10 L-series phone with the Dev Alpha version, as well as the iPhone 5. But, what we were really interested in seeing is the overall UI, and if this is the final version that will arrive with the BB10 phones, then we must say that things look positive for RIM. True multitasking shows its roots, something we had seen in the PlayBook OS version.

RIM will be unveiling the BlackBerry 10 hardware and software on 30th January 2013.