Asus has launched its latest Zenfone 2 smartphone in Europe. The smartphone is available in France starting today, and will be rolled out in other European markets very soon. The flagship version of the Zenfone 2 is priced at Eur 299, roughly Rs. 20090.61. However, the price will be later increased to Eur 349. The company has already launched the phones in China and Taiwan.

The flagship model up for sale in Europe is the 4GB of RAM, 32GB of built-in storage and Intel Atom Z3580 SoC variant. Other important specifications of the smartphone include 5.5-inch full HD display, 13MP rear camera, 5MP front facing camera. It is powered by a 3,000 mAh battery. 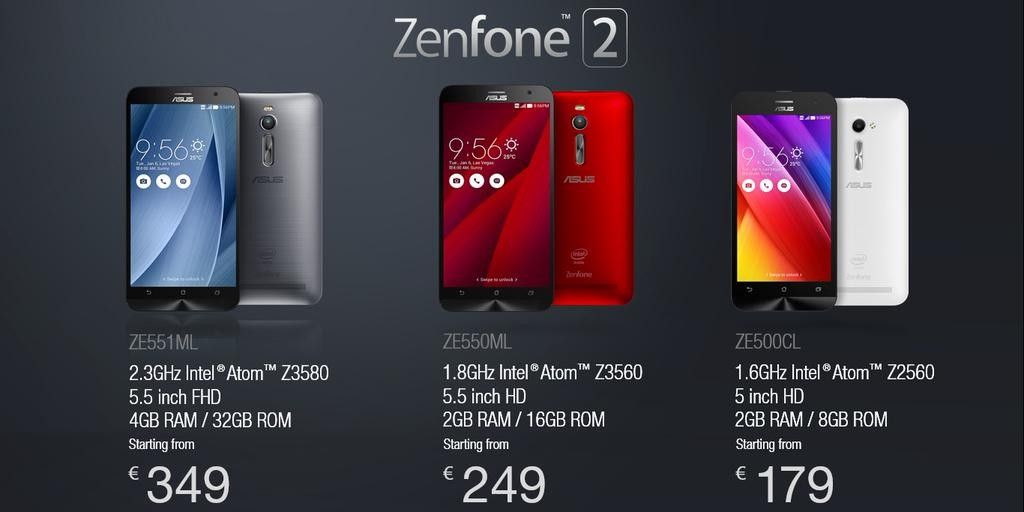 Asus has created a lot of buzz around its latest Zenfone 2 smartphones. After having tasted success with its last Zenfone series, Asus is now looking to tap each budget category possible. India has been Asus' top markets, and is expected to launch the smartphone in the country very soon. The Zenfone 2 series is likely to debut in India in April, though no confirm date has been given so far.