Reddit users have reported having trouble pairing the Apple iPhone 7 with Bluetooth headphones. 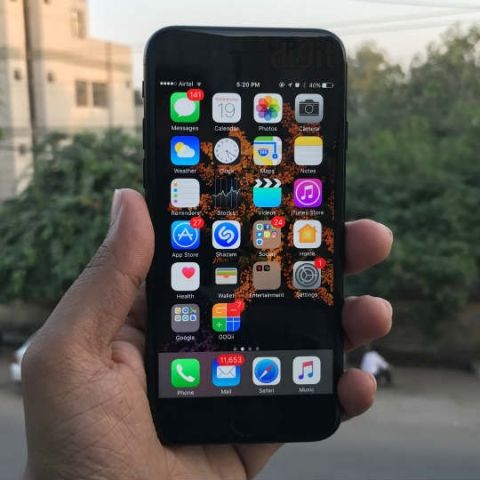 With rising numbers of reports on Bluetooth connectivity issues with the Apple iPhone 7, it seems that the Cupertino based tech giant’s decision to do away with the 3.5mm audio jack may come back to haunt it.

Users on Reddit have reported that they have often faced problems pairing the device with their in-car systems. This problem was soon overcome with a new iOS update. However, the handset suffered from similar handicaps when it came to pairing it with wireless headphones. Users added that even if the headphone would connect, the audio being played was plagued by incessant chopping and audio drops. Users added that the problem persisted even when the handset was replaced.

iPhone 7 bluetooth issues aren't that bad it only cuts out when I open apps, touch my phone, move, blink, breathe or think too hard

Launching the Apple iPhone 7, Apple took the bold decision of doing away with the 3.5mm audio jack. The company launched AirPods, wireless headphone that use a technology similar to Bluetooth. However, the Airpods are expensive, costing $159, or approximately Rs. 15,400 in India. Users are thus forced to consider other alternatives such as wireless headphones manufactured by other audio makers.

Wireless headphones have become increasingly popular over the past few years. Teething problems with wireless technology are to be expected, but the issue is troublesome for Apple, which has encouraged users to adopt this new technology and now finds itself in a spot without an in-house audio solution. The company has seemingly committed itself to the new technology and has invested into wireless charging modules for its devices.

A recent report by the Nikkei Asian Review (NAR) stated that Foxconn is working on building wireless charging modules for Apple. The technology will soon be incorporated into Apple's smartphones, although the timeline is still unclear.