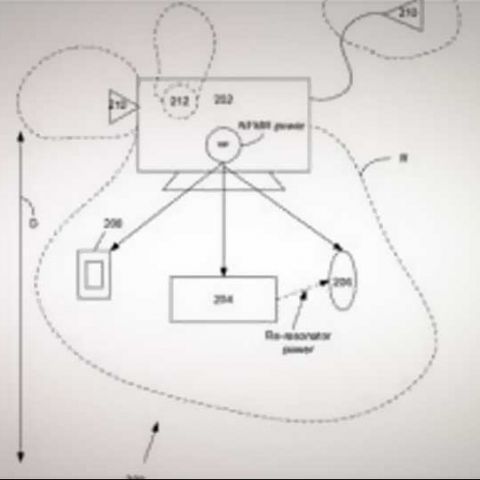 Possibly feeling that being proactive in regards to patenting stuff, Apple has decided to file an application for patenting wireless charging. The one that they are specifically filing for is the Wireless Power Utilization in a Local Computing Environment.

To put it simply, this wireless charging system uses Near-Field Magnetic Resonance (NFMR), which creates a field that will recharge any electronic device that has NFMR resonator circuits. Via this method, you can keep the device to be charged within a yard of the power source. This technology is not limited to smartphones, and any battery-powered gadget that uses rechargeable batteries can be charged by this technology.

This method is an improvement over the current technology, which needs you to put the device on a charging mat. With the NFMR technology, that need is negated.

However, one issue does come up. Creating a magnetic field every time could have consequences on other aspects of your life. Any PC or laptop hard drives in the area, for example, could witness data wipeouts. It also holds true for credit cards that use the magnetic strip instead of the chip at the front. Hopefully, Apple will have a solution in place before this technology goes mainstream.