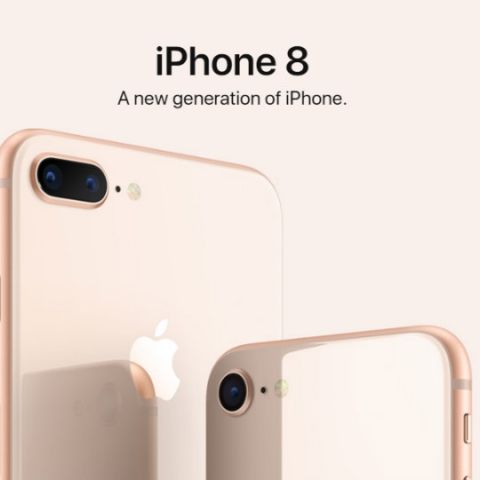 Apple confirms iPhone 8 has a 'crackling noise' issue when users make phone calls. The confirmation comes after some iPhone 8 owners started reporting a static sound from the phone's earpiece disrupting audio while making calls. The reports about this issue were found on Apple's support forum, MacRumors forums and Reddit.

In a statement, Apple says the issue affects only a small numbers of iPhone 8 owners and the company is working on a fix to address the problem. "We are aware of the issue which is affecting customers in a small number of cases. Our team is at work on a fix, which will be included in an upcoming software release," an Apple spokesperson said in a statement issued to The Verge.

The crackling sound occurs during some phone and Facetime calls but doesn't occur during every call. Apple has not confirmed the cause for this problem but both iPhone 8 and iPhone 8 Plus owners are affected. Considering that the crackling sound is not evident while using the earpiece as a loudspeaker, Apple might fix this with the next software update.

In a video posted on YouTube, the static sound can be distinctly heard and sounds odd and might get annoying if the call lasts for a longer duration. Apple has released iOS 11.0.1 to the public which doesn't fix this issue and has not offered any specific timeline as to when the fix will arrive. However, it shouldn't come as a surprise if the update arrives within a week's time.