A mystery Dell phone makes an appearance in China, the Mini 3v 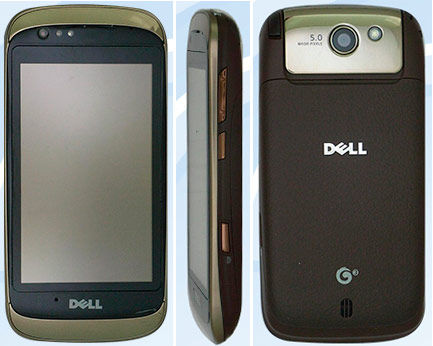 Dell has got a mystery and as yet unreleased phone doing the rounds of the Chinese market, and it’s called the Mini 3v. Pictures were released by the Chinese mobile regulator, TENAA, which show that the phone has a 5MP camera with flash, a stylus (and by inference, a resistive touch screen) and what is possibly a front-facing camera, along with an ambient light sensor and proximity sensor.

There is no indication that the phone is Android-based, especially when one sees the lack of dedicated Android buttons. But, the overall consensus is that the Mini 3v features Android 2.1. Other leaked information about the Mini 3v says it runs on both TD-SCDMA and GSM networks. When the Dell Mini 3v will make an international appearance is still not known, but we are sure it will need some China-specific features replaced with worldwide standards before it arrives.