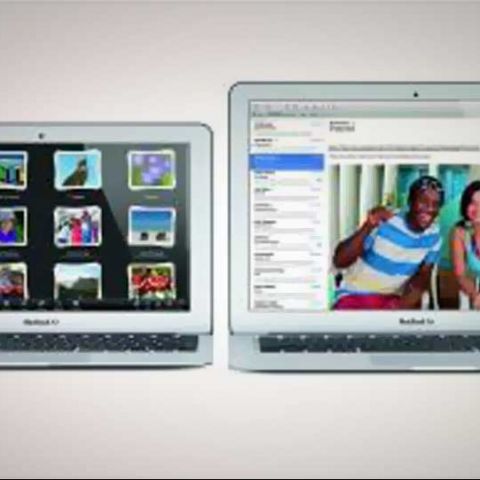 With Intel’s official Haswell launch done and dusted, it was expected that Apple will announce the processor upgrades for the MacBook Air and the MacBook Pro line-up. While there was no activity regarding the MacBook Pro, the MacBook Air line-up did get the new processor. However, there is no design change, and the Retina Display remains very much elusive.

The Intel HD Graphics 5000 offer up to 40 percent faster performance for gaming and graphics intensive apps than the Intel HD 4000 graphics seen with Ivy Bridge. The 2013 MacBook Air also comes with a new flash storage, which is up to 45 percent faster than the previous generation flash storage in the MacBook Air, and nine times faster than traditional hard drives on the MacBook Pro.

The MacBook Air will ship with OSX Mountain Lion, and goes on sale now. The India Pricing for the 11-inch and 13-inch versions, as shared by Apple is as follows:

Apple says that you can optionally configure the machine to include a 1.7 GHz Intel Core i7 processor with Turbo Boost speeds up to 3.3 GHz, up to 8GB of memory and up to 512GB flash storage.

The 2013 MacBook Air supports the latest generation 802.11ac Wi-Fi for wireless performance that is up to three times faster when connected to an 802.11ac base station. In line with that, the company also announced the new AirPort hardware. The new base stations feature three-stream 802.11ac Wi-Fi technology with a maximum data rate of 1.3Gbps, almost three times faster than 802.11n. The new AirPort base stations also include high-powered radios and a six-element beam-forming antenna array to maximise range and performance.