This Project Novena laptop doesn't only have open source software but open source hardware, which is increasingly becoming popular in tech companies 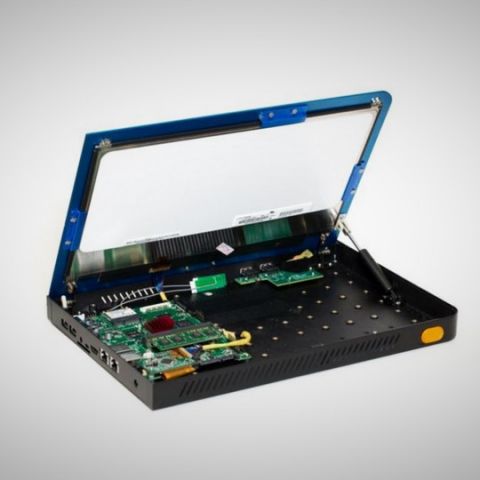 In a post-Edward Snowden’s disclosure world, where people and companies are seriously exploring options to keep their digital data and communication secure from NSA (or other illegitimate) snooping, here’s some good news.

Project Novena is alive and kicking, promising to bring you the world’s “almost” fully open source laptop. And it doesn’t just have open source software, but open source hardware. Hardware with open designs for anyone to manufacture and implement as they deem fit.
That’s what Project Novena’s Andrew “bunnie” Huang and Sean “xobs” Cross, two Singapore-based engineers, who care enough about open source products so as to go ahead and build something like Project Novena -- not just laptops, as we mentioned in the headline above, but other form factors of computing devices.
According to the project’s page on Crowd Supply, Novena is claimed to be “a 1.2GHz, Freescale quad-core ARM architecture computer closely coupled with a Xilinx FPGA. It's designed for users who care about open source, and/or want to modify and extend their hardware: all the documentation for the PCBs is open and free to download, the entire OS is buildable from source, and it comes with a variety of features that facilitate rapid prototyping.”
The Project Novena laptop looks like a 13-inch hobbyist device with a full-HD 1920x1080 display, 240 GB SSD, and 3000 mAh battery. It weighs just 1.36 kgs, according to the Project Novena laptop’s claimed specs.
And that’s not all.
Project Novena’s currently offering its open source motherboard, all-in-one desktop, laptop, and premium laptop labelled Heirloom.
Right now, the Project Novena laptop is priced at US $1,995, which puts it out of reach from most mainstream customers. It will only appeal to people driven enough to value open source and want to have complete control over every little aspect of their laptop.
But, given recent trends, where open source hardware is finding traction with tech companies -- like Facebook, for e.g. -- we wonder if this proof-of-concept Project Novena is truly just hobbyist in nature?
Rest assured, we’re watching this space closely for any exciting developments in the near future.
For more details on Project Novena and what probably is the world's first fully open source laptop unlike any other, visit this page.