Google Chromebook Pixel: Everything you need to know

Google has unveiled a touchscreen version of the Chromebook laptop, as it attempts to compete with Microsoft and Apple in the PC segment. We try to demystify the entity that is the Chromebook Pixel, and see how it compares to the rivals. 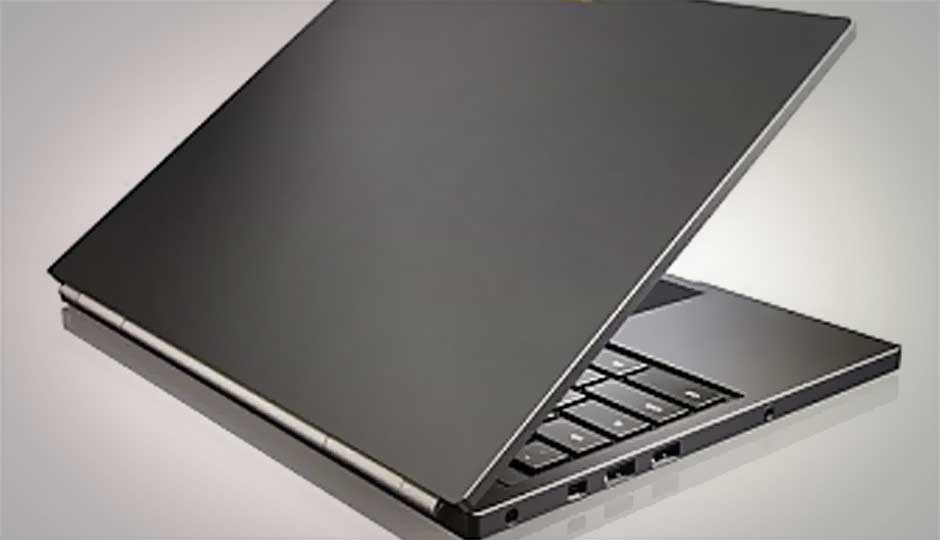 Google Chromebook Pixel: Everything you need to know

Google Inc., has unveiled the latest version of its Chromebook laptop, this time sporting a touchscreen. This is another attempt by the company to challenge Microsoft and Apple in the PC segment. Google, with the Android OS, is leading in the smartphone market, and wants to expand its reach to the personal computer market. Times have changed however, and Google’s strategy is slightly confusing, given that laptops and ultrabooks are seeing serious competition from the tablets. There have been versions of the Chromebook earlier, but the Pixel is quite an exciting product - one that was rumoured to be in development as far back as November last year.

What is Chromebook Pixel?
As Google specifies, “Chromebooks were designed to make computing speedy, simple and secure. For many of you, they have become the perfect, additional (and yes, affordable) computer: ideal for catching up on emails, sharing documents and chatting via Hangouts.” In essence, this will be just another laptop, which fits in somewhere between what a MacBook Air offers and what a MacBook Pro or the ultrabooks like the HP Spectre XT offer, just for the sake of an illustrative example.

Who makes the Chromebook Pixel?
For the earlier versions of the Chromebooks, Google had partnered with the likes of Samsung, Acer and HP, who did all the hardware bit. This time around, it decided to build its own machine, with an eye on the premium segment.

What made Google develop the Chromebook Pixel?
This update is all about adding the touchscreen to the offering, because almost all laptop and ultrabook manufacturers are now launching machines with touchscreen, along with Windows 8. It has also been rumored that Apple might head down the same path sooner rather than later.

Can I buy the Chromebook Pixel?
Yes and no. The device is actually only launched for the U.S. and U.K. markets at the moment. It will be sold on the Google Play store. Those who prefer buying in a store can head to Best Buy (U.S.) and Currys PC World (U.K.) The shipping starts sometime next week. There is no word on any global launch, if at all.

How well is it built?
The chassis of the Pixel is made from anodized aluminum alloy. It has been given a unibody look - vents are hidden, screws are invisible and the stereo speakers are placed beneath the backlit keyboard. The glass touchpad is analyzed and honed using a laser microscope for precise navigation. Those of you who like numbers for comparison, here are the dimensions of the Chromebook Pixel - 298 mm x 225 mm x 16.2 mm and it tips the scaled at 1.52 kg. Compare this to the 325mm x 227mm x 17.3mm of the MacBook Air, at its thickest point. The MacBook Air’s weight is pegged at 1.34kg.

Basic power package
The Chromebook Pixel will get the power from an Intel Core i5 dual-core processor clocked at 1.8 GHz. We suspect it is the Core i5-3317U version seen on most ultrabooks, but no confirmation on that front. Alternatively, this could also be the Core i5-3427U, seen in the MacBook Air 13. This will be paired with 4GB of RAM. The Pixel will offer only the Intel HD4000 graphics solution, just like the MacBook Air 13.

Storage
The Wi-Fi version announced now gets a 32GB solid state drive, but Google has confirmed that the LTE version will get 64GB space. Additionally, Google is offering 1TB of free storage on Google Drive for three years.

The display
This is the Chromebook Pixel’s killer feature. Its 12.85-inch display has a resolution of 2560 x 1700 pixels, and also has about the same pixel density – 239ppi – as the Apple 13-inch MacBook Pro with Retina Display. It’s much sharper than the MacBook Air’s current 13-inch 1440x900 screen. The Retina Display for the MacBook Air is around the corner. Interesting to note that the Pixel’s display has an aspect ratio of 3:2, and Google believes it is better than a widescreen ratio for web browsing and most document editing requirement.

The Chromebook Pixel has a multitouch display, in line with what the newer generation of ultrabooks laptops running Windows 8 offer.

Software
A machine this expensive needs to be backed up by a solid operating system as well. Chrome OS may be brilliant sometime down the line, but at the moment, it is just a fancy piece of code that sits in a corner, while the big boys chat up the pretty girls. You will find the Mac and Windows supporters argue till the cows come home, about which is a better platform, but where everyone agrees is that Chrome OS is not even in the same airspace, let alone come close to being the alternative.

Chrome OS has been designed with the cloud and web in mind. Most apps are browser based. This is all fair and good on a smartphone, but as an operating system that essentially attempts to wean away Windows and Mac users, it is not ideal to have just one strategy. The variety of apps is another aspect where Chrome OS needs some catching up. It is surprising that the Chrome OS version on the Pixel is the same as earlier versions, because we expected some refresh for a machine that is considerably more expensive than the ones that came before it.

Also, do remember that you will not be able to install Windows on a 32GB storage drive, but that might be possible on the upcoming LTE version that sports a slightly bigger 64GB flash storage.

What it all means…
Looking at the Chromebook Pixel offering, and putting it in perspective with what the alternative products offer, it is safe to say that Google is trying to attract the niche users, the ones who want to be seen using something different to what the masses use. The display will surely make a lot more users consider the Pixel, but where it falls flat is the OS bit. And that will turn off a lot of that demographic. Chrome OS has only one way to go, UP, but at the moment, that potential is something you will not base the buying decision on.

Right now, one of the higher end Windows 8 ultrabooks with the touchscreen make a lot of sense. If the Mac OS is what you prefer, the MacBook Air, despite its lower display res and lack of a touchscreen at present is undoubtedly a better deal. With the Retina update expected soon for the Air, it is only anybody’s guess how Google will attract people to the Chromebook Pixel.