An article detailing the acquisition of BumpTop, a company famous for its 3D desktop manager, by Google. 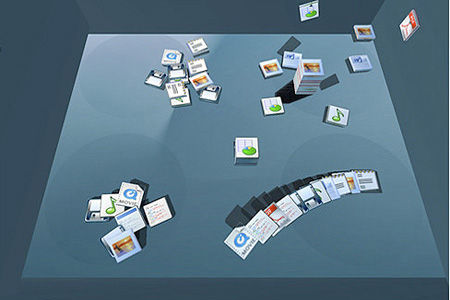 BumpTop, an OS overlay specialist company famous for its eponymous 3D desktop manager for Windows and Mac, has gone and got bought by the search giant, Google. Here is one example of the 3D desktop manager in action, which uses walls, floors, hangings and piles to organise your data on a 3D desktop:

It is not hard to see the innumerable applications that Google will have for the company and its flagship product, and we are all excited by the fact that we might be seeing a 3D desktop manager on Android and ChromeOS devices soon, truly giving touch an another dimension, which could get even more exciting once 3D display without headgear technology become more commonplace. Google’s upcoming tablet device will also really benefit from this interface.

The news broke officially on BumpTop’s site,: "Today, we have a big announcement to make: we're excited to announce that we've been acquired by Google!". The figure for which BumpTop was bought out was not mentioned. BumpTop’s software has now been taken off the market however, and updates will not be released. A free version of the BumpTop 3D desktop manager is still available for the next week (download here), so if you have a touchscreen or intend to buy one in the near future, go for it! And for those of you who are BumpTop Pro users, you will still have end-of-life support, but that may possible change! Check out bumptop.com/pro for more information.