Microsoft announced the release of XNA Game Studio 4.0 at GDC yesterday at the first of Microsoft's Game Developer Days. XNA Game Studio 4.0 will now also support the Windows Phone 7 Series platform, as well as Zune HD2, and possibly the rumoured Pink mobile. It will also provide support for the Xbox 360 and PC platforms, allowing developers to access the Microsoft “Live Anywhere” feature, which gives unprecedented cross-platform synchronicity. The XNA platform will also fully integrate with Visual Studio 2010, with several enhancements across the board. Direct 3D will also have enhanced support. 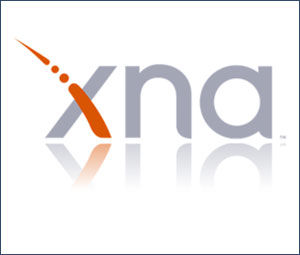 Microsoft is looking to target professional game developers as well, trying to moving away from just indies that were previously targeted. According to Michael Klucher, XNA Development Platform lead program manager: "With Windows Phone 7 Series we’re targeting the developers who work in small teams at large studios as well as the lone programmer working solo on their first mobile game title. We think this benefits all game developers and continues to grow the usage of .NET for games for indies and high end professionals alike"

All these features look to provide developers with improved usability, portability, and universality, making it easier for them to create games and applications across Microsoft platforms. For all the details regarding the new XNA Game Studio 4.0, click here, or here, or here.