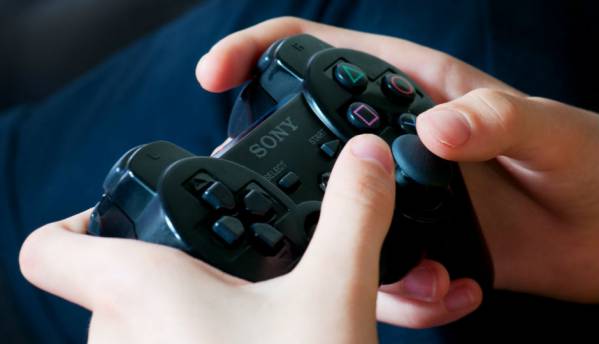 In an interview with Game Informer, Sony Interactive Entertainment Worldwide Studios' Chairman, Shawn Layden has shed light on some burning questions about PlayStation in our minds along with talking about a post console era. Sony has had an incredible 2018 with the PS4 churning out some of the best exclusives in the form of God of War, Marvel’s Spider-Man, and Detroit: Become Human to name a few. In an era where a lot of people are talking about the death of single player games and gaming becoming more of a service, Sony has proved them wrong churning out hit after hit. The next Sony exclusive is just around the corner - a post apocalyptic open world game. No it isn't the Last of Us Part II, but a game called Days Gone.

Talking about games as a service, or the recurring revenue model with multiplayer games, Layden said, “As far as games-as-service and esports, or recurring revenue models or whatever – if we can do something interesting and meaningful in those areas, we’ll do it. If we were going to partner with another team in some capacity to deliver, again, something interesting and meaningful, we’ll be there and we’ll do it. It’s not that we’re not interested in those areas, it’s just an area we haven’t historically performed very well”. Sony’s strength has always been in the narrative driven single player games. Talking about those he says, “I think we have set the high-water mark for being the best in long-form narrative gaming. We have some of the best storytellers in the business working on Worldwide Studios projects, whether that’s Sucker Punch or the team at Bend working on Days Gone, and of course Naughty Dog and Santa Monica Studios. I think that’s a super strength of ours. I was very happy to see that three of the five of the game of the year nominees are Worldwide Studios games.”

The way we play games is changing. Long gone are the days when we got everything of a game on the CD that we purchased at a store. With the growth of the internet we have seen patches the sizes of full games come weeks after the disk has been in our console. Another advantage of high bandwidth internet is the possibility of games becoming a service. Both Microsoft and Sony aren't new to this concept. Sony has a servicer called PlayStation Now that lets you stream popular games from the company’s library and with Game Pass Microsoft is offering a Netflix like service for games giving you the ability to download the game to your console and play it.

However, cloud gaming is on the horizon and looks to be the new disruptive force to reckon with. Google’s Project Stream had Assassins Creed Odyssey playable so long as you had a good internet connection. We have seen a lot of services erupt that let you stream PC games to a mobile device with all the computing power handle in the cloud. Mobile gaming has changed the face of gaming especially in a country like India. Streaming a game like PUBG from your smartphone to YouTube and Facebook has become a viable career in India and you can read more about that here. All this begs to question, do we need a dedicated gaming console?

Talking about the post-console era, Layden said, “I don’t want to put too fine a point on this because it might upset some of the people I work with, but I think effectively, we’re looking at kind of a post-console world where you can have quality gaming experiences across a variety of technologies. Sure, PS4 and PS4 Pro provide what, of course, we think is the best gaming experience, but the other consoles out there, be it Switch, Xbox One X, or tablets, or phones – there are great experiences across all these. What we need to do is recognize all that. We’re not little gaming ghettos that are not federated or aligned at all. We’re all part of the same gaming community, we just come at it through different doorways. I think the future will be an extension of that metaphor. Your platform is not your hideaway. It’s just your doorway to all these other gamer folk.”

In the interview Layden has shed light on a number of issues including video games as a mainstream form of entertainment, the problem of backwards compatibility and VR. You can read the complete interview here.