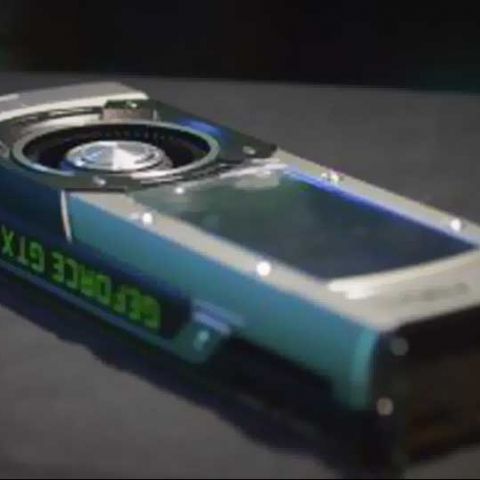 Gaming hardware giants NVIDIA recently showed off their fastest GPU the GeForce GTX 780 Ti at an event at the Xtreme Gaming eSports Stadium, a popular gaming café, in Delhi. The company claims that it delivers incredibly smooth frame rates for gaming at extreme resolutions and is the fastest gaming GPU in the world.

The GTX 780 Ti is runs on NVIDIA’s Kepler architecture which is said to provide low-thermal-density design which means better cooling, and a much quieter fan. The upgrade over the GTX 780 is that the GTX 780 Ti features 25 percent more cores and has 7Gpbs of onboard memory. The GPU costs at Rs.59,000 in India.

Nikhil Kohli, GeForce Business Head at NVIDIA India, said that the company wanted to give a hands-on experience to the end user thus, the event was organised at a gaming café so that gamers could actually play games on machines running the GTX 780 Ti. There was also a rig with a GTX 780 Ti which was being overclocked to extreme speeds in an experiment and was cooled with liquid nitrogen.

For more on the NVIDIA GeForce GTX 780 Ti, read our review over here.