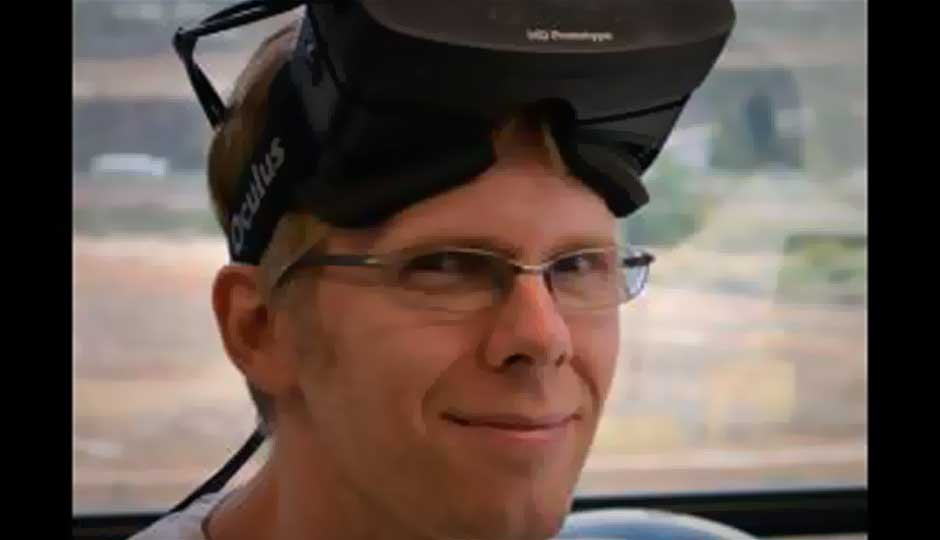 John Carmack would normally need no introduction, but we keep forgetting that there are so many of you young ‘uns out there who’ve never heard of him. In a nutshell, John Carmack is easily among the best developers to have ever lived and has been behind the creation of some of the most iconic games which include Wolfenstein, Doom, Quake and Commander Keen and is the founder of the now legendary id software.

Now that the introduction is out of the way, we recently found out that Carmack has accepted a position as the CTO for Oculus VR Inc, the guys behind the Oculus Rift 3D headset. The move initially sent shivers up our collective spines as we expected the move to be the doom of Doom as we knew it. Our fears were completely unjustified however; id Software has confirmed that John Carmack hasn’t really left id Software, he’s just taken up two jobs at once. Whew!

More good news, the guy’s been involved with the development in 3D glasses for quite a while now and the move to the Oculus team can be seen as a good thing for the development of the long-awaited Doom 4 that as yet, has no launch date. What’s the good news you ask? Well, the game is supposed to incorporate support for the rift right outside the box. Now that is one game we’re really dying to get our hands on.