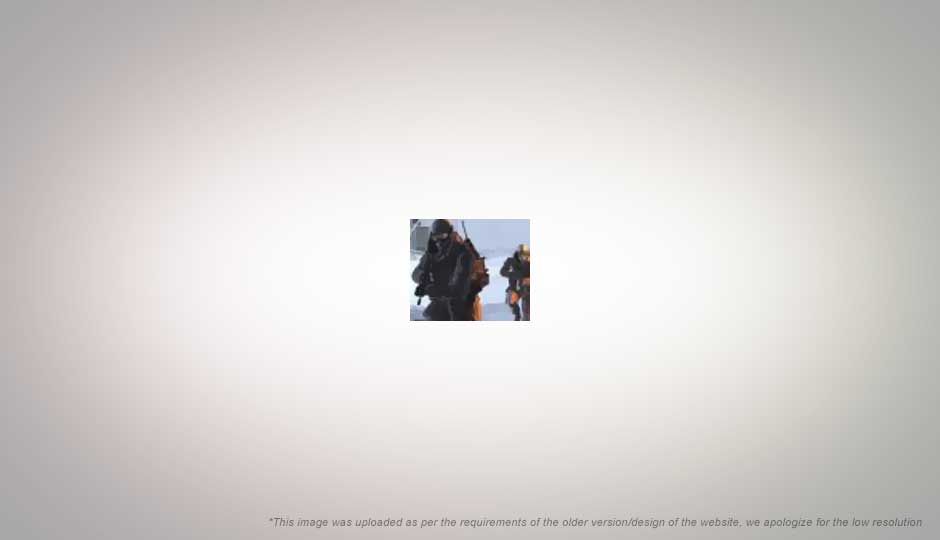 Call of Duty: Modern Warfare 2, the year’s most highly anticipated game and one that is expected to break every record out there, is finally upon us. In the weeks before the launch, the game courted a lot of controversy due to leaked footage of a particular scene in which the player takes on the role of a terrorist, cold-bloodedly gunning down several innocent civilians in an airport. Needless to say, the Web exploded with what little information we had back then, and diverse reactions have been pouring in.

“The link to the Mumbai attacks did piss me off, so I don’t know if I want to buy the game or not. I will wait for my friends to tell me how it is,” said Sarang Goswami, a copywriter at a reputed ad agency in Mumbai.

Ren Miranda of gaming blog The Angry Pixel wrote: “The airport massacre might have taken it a bit too far for some people, but then again we all know that terrorism is awful and all that jazz; but so is war. We have all these games patronizing marines and soldiers, but no one is intent on creating awareness on the atrocities of war contractors that rape and pillage cities for oil.”

“I think the airport scene is just a publicity stunt. The game has enough equity in the title to sell without such cheap stunts. And who knows, the double agent stuff may not even go with the story line,” said marketing executive Abhishek Krishnan, adding that he would still buy MW2 as it's the most anticipated game of 2009.

Meanwhile, veteran game reviewer Jaison Lewis said: “I’d play the game anyway. It was definitely a publicity stunt and I think a lot of the media comments, including the Mumbai attacks one, were just plants.”

Of course, now that the game is out, a more solid opinion can be availed of. We have been reading several reviews on the Web since yesterday, and the following four opinions seemed to best sum up the thoughts of veteran game reviewers across the board:

Kevin Kelly, Joystiq: "...the controversial Airport scene seems sorely out of place here. Sure, the entire plot of the game hinges on it, but did we need to play through it? Served up early in the game, it's not only one of the shortest scenes you'll play, it also feels incongruous to the point of being jarring: one minute you're training in Afghanistan as Private First Class Joseph Allen, and in the blink of an eye you're asked to kill dozens of innocents. A cut scene (which is what you get if you skip the scene) would serve just as well, so why IW baited controversy this way is a head-scratcher. Sure, that controversy can mean publicity, but it's a shame that it comes at the cost of storytelling, particularly when there are so many other powerful moments that pass by unused."
Brady Fiechter, Play Magazine: "The first time I went through this obstacle course of cold-blooded murder, I was a little shaken up. The true power of the interactive medium revealed itself; games can be much more than innocent fun, and this is only the beginning. I want more. I want to be challenged and tested and moved by games, like I was here."
Simon Parkin, Eurogamer: "The magnitude horror of the scene could be seen as little more than attention-grabbing - something to help the game stand yet further away from the throng of me-too rivals - and in truth it feels incongruous to the rest of the game, an ugly, shocking aside to the bold silliness elsewhere. But in addition to that, it's also arguably necessary to inflate the plot for the dizzying fever pitch that follows. By creating a catastrophe of such impact, Infinity Ward justifies its next move, one that is, in many ways, more shocking than the previous one."
Marc Cieslak, BBC: "I wasn't shocked by it but I felt a little bit saddened. I thought the games industry had moved beyond shock tactics for shock tactics sake. And that's what I thought about this particular level: it was controversial for the sake of being controversial. I didn't think it necessarily needed to be included in the game."
Reliance Jio increases the price of Disney+ Hotstar VIP addon tariff plan to Rs 255 Previous Post
Amazon Great Indian Festival sale 2020: Best deals on desktop CPUs Next Post