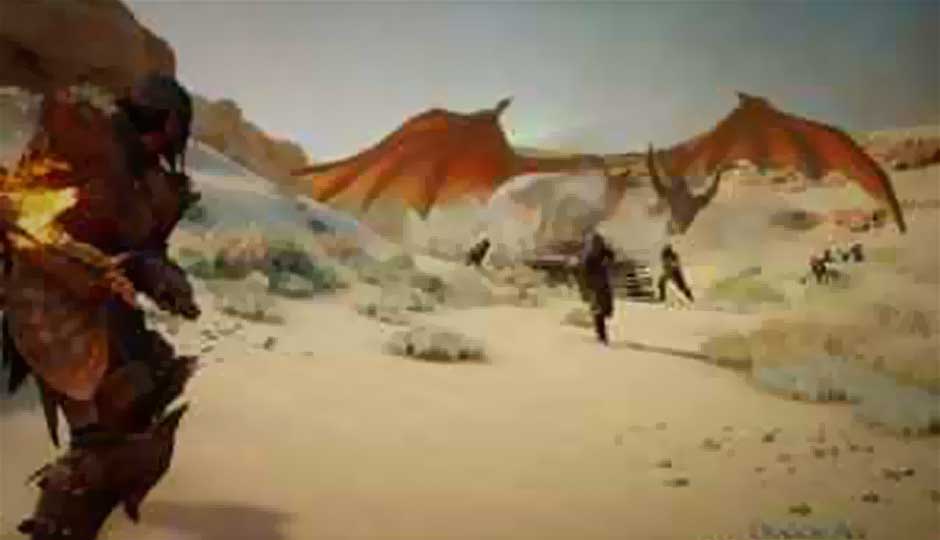 A new video for Dragon Age: Inquisition shows half an hour of the game being played at Digiexpo in Finland.

A new video for Dragon Age: Inquisition shows half an hour of the game being played at Digiexpo in Finland.

The video appears to have been filmed from the crowd using a handheld camera. In the video, a player comes across a group of soldiers recovering after a battle and follows with a glut of important choices to make. The video shows how the choices you make during the game will have consequences down the line. It also shows the character inventory screen, strongholds and the tactical view from Dragon Age: Origins at the 18 minute mark. It will also be the first time ever where the Qunari race will be playable in the Dragon Age series, although the video doesn't show that.

EA has high stakes on the game describing it as the next gen RPG. Dragon Age: Inquisition is scheduled for a 2014 release for the PS4, PS3, Xbox 360, Xbox One and Windows PC.

Check out the 30 minute off-screen gameplay video below.

Samsung Tab S8 series of premium tablets - Reimagine work and play Previous Post
iQOO Neo 6 5G to launch in India on May 31: Everything you need to know Next Post